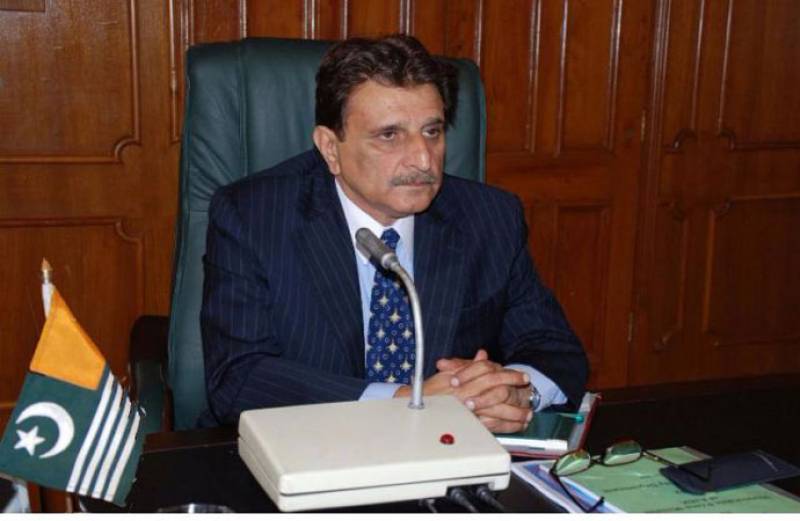 ISLAMABAD - Azad Jammu Kashmir Cabinet has approved tax amnesty scheme in AJK state at the pattern of Pakistan on Tuesday.

The cabinet met with AJK Prime Minister Raja Farooq Haider Khan in the chair in the State's capital town on Tuesday to adopt the scheme under which people of the state will declare their foreign and local assets voluntarily, an AJK government spokesman later told state-media.

The cabinet also approved Allopathic System Act 2017. Under this act, neither non- registered doctors will not be allowed to prescribe medicines to patients nor unregistered surgeons to operate.

The cabinet also constituted a committee headed by Senior Minister to review elimination of district quota notification for government jobs. The committee will take all political parties on board and present its report in a month time.

Addressing the meeting, AJK Prime Minister Raja Farooq Haider Khan said all possible steps would be taken for enhancing revenue of the state.

'We will limit our expenditures in available resources. The government functionaries have to show sagacity following financial autonomy,' said the premier.

The cabinet also approved number of resolutions. The resolutions invited the attention of the United Nations towards gross human rights violations in Occupied Kashmir and welcomed constitution of fact finding mission. The resolution termed this act as a major breakthrough on the Kashmir issue.