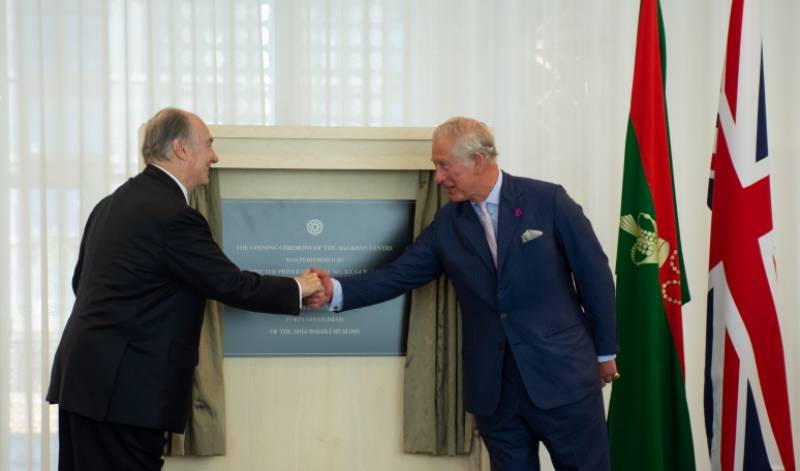 According to a UK government statement, Foreign Office Minister for Human Rights Lord Tariq Ahmad of Wimbledon attended the official opening of the new Aga Khan Centre in King’s Cross as part of the Diamond Jubilee tour of His Highness the Aga Khan.

The centre is a positive symbol of diversity, cross-cultural learning and shows Britain as a  multicultural, multi-faith and tolerant nation.

The new development will be home to institutions and agencies including those of the non-profit Agha Khan Development Network (AKDN), a group of international agencies dedicated to improving the quality of life in the poorest countries of the world.

The UK Government works closely with the AKDN in Central Asia and Tanzania, as well as in Afghanistan where the Agha Khan Foundation implement Department for International Development (DfID) programmes including delivering an education programme under the Girls’ Education Challenge.

Speaking at the opening, Lord Tariq Ahmad said the opening of this spectacular new building in London is a concrete example of the privileged relationship the UK enjoys with the Agha Khan and the Ismaili community and is the ideal way to mark the Diamond Jubilee tour of His Highness the Agha Khan.

The work we do together makes a huge difference to people’s lives, not least in Afghanistan where  300,000 more girls are going to school thanks to our girls’ education programme there, he added.

Appallingly, 90% of world’s poorest children leave school unable to read and write. That’s why we’ve committed £500 million of UKaid to help over 1.5 million vulnerable girls to learn, he added.

Also in attendance for the official opening were His Royal Highness the Prince of Wales and the Mayor of London. The new centre in King’s Cross, designed by Pritzker Prize-winning Japanese architect Fumihiko Maki includes gardens, terraces and courtyards inspired by different Muslim civilisations, although the centre will serve as an academic centre only and will not have a religious function.

It brings together under one roof the Agha Khan Foundation (UK), Institute of Ismaili Studies (IIS) and Aga Khan University’s Institute for the Study of Muslim Civilisations (AKU-ISMC).

On Wednesday, Agha Khan will be attending a lunch at Lancaster House in his honour hosted by the International Development Secretary, Penny Mordaunt, with Foreign Office Permanent Under-Secretary, Sir Simon McDonald, attending.

The UK office of the Aga Khan Foundation (AKF) was established in 1973 to support the broader AKDN by forming strategic partnerships with UK and European institutional partners including government agencies, policy institutes, corporations, foundations, NGOs, universities, associations and professional networks.