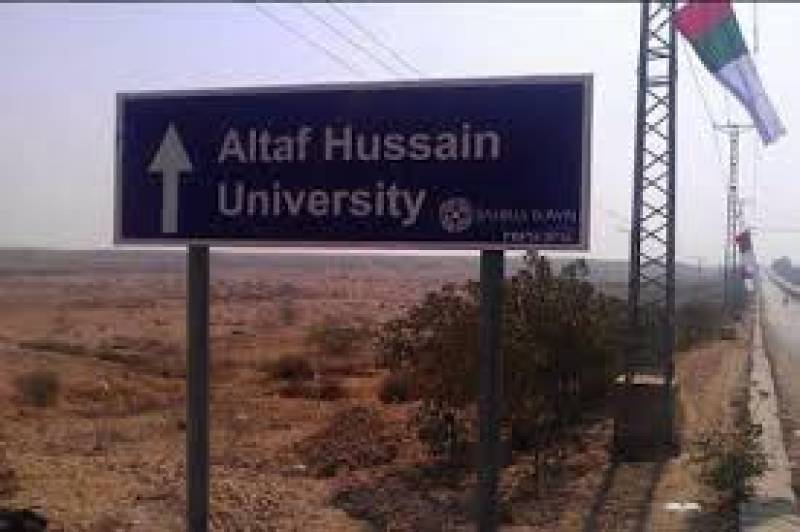 The bill was presented by Minister for Parliamentary Affairs Nisar Khuhro in the Assembly to change the name of the university having campus in Karachi and Hyderabad.

The MQM did not oppose the bill when it was presented for voting.

Talking on the occasion, MQM's Faisal Subswari said that MQM believes in owning the country it will not hinder its progress.

Subzwari added, "We wish that the provincial government announce that it will establish government universities in the area of Hyderabad".

The decision was made during a cabinet meeting chaired by Sindh Chief Minister Murad Ali Shah at the Sindh Secretariat.

“There is no need to establish a university after Altaf Hussain who works in the hands of anti-state elements to destabilise the country,” the chief minister said while addressing the cabinet.

It was decided that the universities will be named Fatimah Jinnah University and an amendment bill will now be presented before the provincial assembly to approve it from the lawmakers, the CM House spokesperson said.

It is pertinent to mention that the Sindh Assembly had earlier approved a bill to establish Altaf Hussain University in Karachi and Hyderabad.