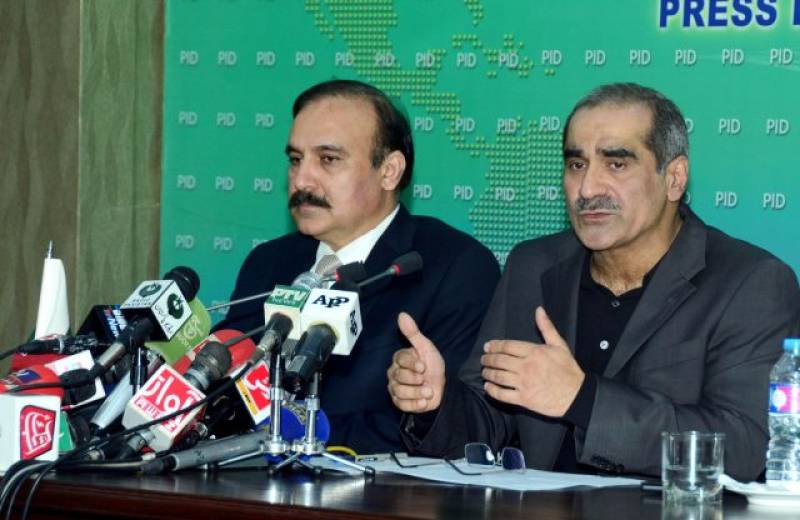 Addressing a press conference here, he said Imran Khan was trying to weaken democracy. The country’s economy had taken off and there was a need to strengthen democracy and keep political stability for further economic progress, he added.

He said there was a history of deep divisions between Pakistan Peoples Party and Pakistan Muslim League-Nawaz (PML-N) but they had learned not to cross “the red lines in a democracy.”

He blamed the Pakistan Tehreek-i-Insaf (PTI) chief for crossing all moral limits and disrespecting state institutions.

The PTI staged a sit-in in 2014, during which it levelled baseless allegations of electoral rigging. Its workers besieged state buildings, and attacked the Parliament House and the Prime MinisterHouse, he recalled.

During that agitation, he said, the PTI violated promises made with the Islamabad administration and entered the Red Zone and violated the sanctity of state buildings.

Saad said it was responsibility of the government to protect the rights of five million residents of Rawalpindi and Islamabad.

Nobody should be mistaken about the government’s commitment to protect life and property of the people, he added.

He said Imran refused to accept the latest decision of Islamabad High Court which restrained the PTI from locking down the federal capital. He had made fun of the court decision, he alleged.

He said the capital was not an enemy’s territory that the PTI wanted to besiege. – APP