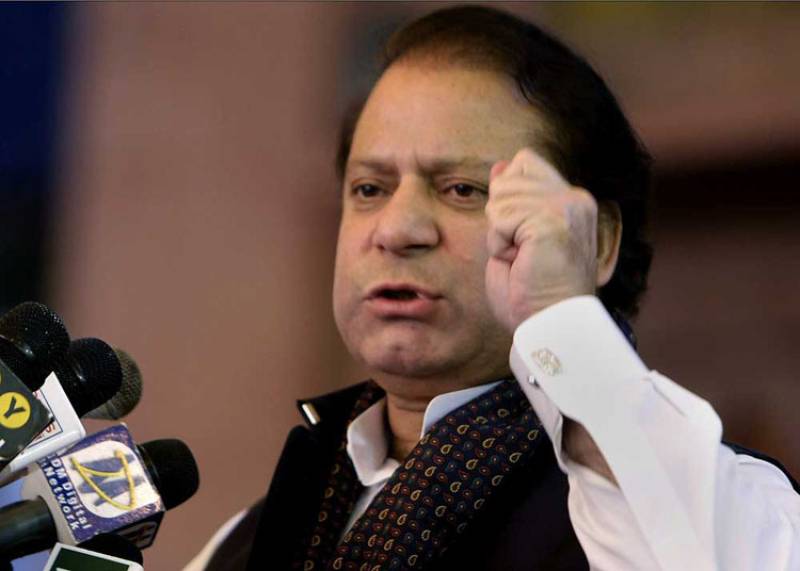 ISLAMABAD - Prime Minister Nawaz Sharif on Thursday strongly condemned recent unprovoked ceasefire violations on the Working Boundary and the Line of Control (LoC) by Indian forces continuing for the last several weeks resulting into Martyrdom of precious lives and injuring several others.

"I strongly condemn the recent unprovoked ceasefire violations on 25-26 October 2016, by the Indian Forces at the Working Boundary in Chaprar and Harpal sectors and on the LoC in Bhimber sector resulting in shahadat of two civilians and injuries to nine civilians," PM said in a press release.

He said, these violations, if continued, will not go unpunished adding that "we  have exercised maximum restraint; our quest for peace must not be misconstrued as a sign of weakness."

PM went on to say that Pakistan is a peace loving nation and believe in resolution of all the outstanding issues and disputes through dialogue. "As a responsible sovereign state, we have been endeavoring for regional peace and stability for the collective betterment and prosperity of the residents of South Asia," he added.

Sharif said It was unfortunate that Pakistan's initiative and efforts have not been reciprocated by India. He said India should investigate the recent incident and share the findings with Pakistan, "instruct its troops to respect the Ceasefire in letter and spirit, and refrain from intentionally targeting the villages and maintain peace on the Working Boundary and the LoC."