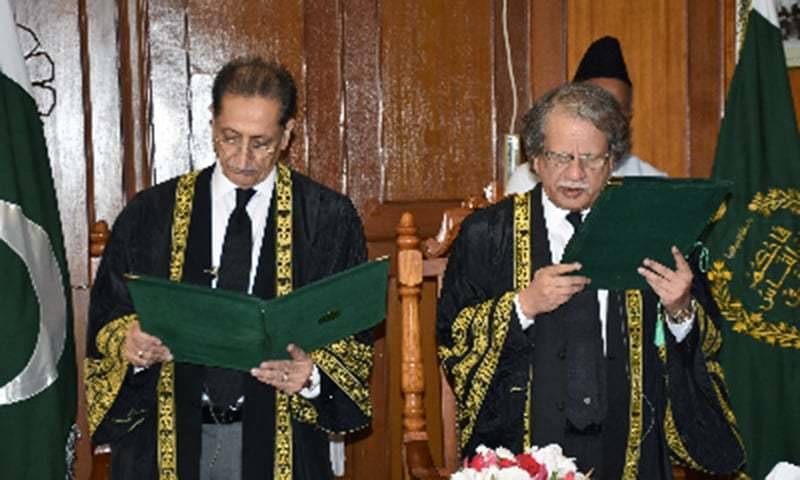 ISLAMABAD - Justice Ejaz Afzal of the Supreme Court took oath as the acting Chief Justice of Pakistan on Friday.

Justice Sheikh Azmat Saeed administered the oath to Justice Afzal at a ceremony attended by Supreme Court judges, senior lawyers and members of the judicial staff.

After taking the oath, Justice Afzal said that an independent judiciary was the result of the lawyers' struggle adding that the judiciary had seen leaders such as Quaid-i-Azam and Zulfiqar Ali Bhutto."

"The role lawyers play is more important than the one played by the chief justice as they support the judges in delivering justice." he declared.

Justice Afzal will serve as the CJP in the absence of Chief Justice Saqib Nisar who, along with Justice Asif Saeed Khosa, departed for Sri Lanka to participate in a conference of the South Asian Association for Regional Cooperation (Saarc).

The conference brings together leaders of eight countries, including India, Maldives, Nepal, Bhutan, Bangladesh and Afghanistan.

Justice Afzal was part of the five-member apex bench that heard the Panama Papers case, which led to the ouster of former prime minister Nawaz Sharif on July 28.