‘Who will now have meeting with Pakistan’s PM?’ Shehbaz Sharif laments over audio leaks amid high-level probe 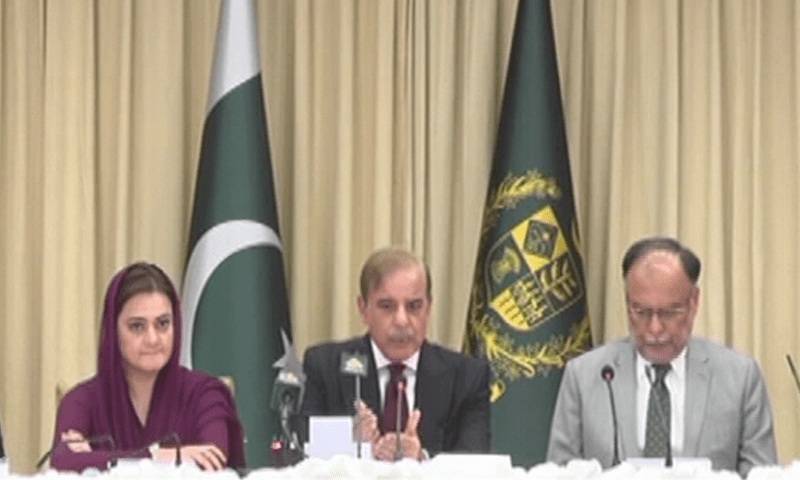 ISLAMABAD – Terming the audio leaks of conversations took place in the Prime Minister’s Office a serious breach, Prime Minister Shehbaz Sharif on Tuesday remarked that the incident had put the prestige of the country at stake.

Addressing a press conference in the federal capital after wrapping up his foreign tour, the premier said: “It is an important matter and needs to be investigated thoroughly”. He announced that a high-level committee will be formed to probe the audio leaks.

“Who will now have meeting the Prime Minister?” Sharif questioned while lamenting over the major security lapse at the country’s top office.

It all started when a leaked phone call allegedly between Shehbaz Sharif and a government official surfaced online.

In the so-called leaked audio, the premier could be heard saying that PML-N vice president Maryam Nawaz asked him to import machinery for a power plant from India for her son-in-law Raheel – husband of Mehrunnisa.

ISLAMABAD – While bits of audio leaks of Prime Minister Shehbaz Sharif and senior government members have been ...

Responding to a question in today’s presser, the prime minister verified the audio but clarified that he did not have extended any illegal benefit to anyone.

“I did not event take the matter to cabinet for discussion. I just said I will talk to my daughter about this. Now tell me what is wrong in it?” he said.

"I will apologise to my nation if there is anything wrong in leaked audios," he said.

He also complained that media did not highlight the audio leaks of PTI chairman Imran Khan wherein discussions about diamonds, plots were held.

Lashing out at the former predecessor, the prime minister recalled that Imran used force to target his opponents.

“Imran Khan also sold the Toshakhana gifts,” he said, adding that audio leaks about sugar and wheat scams during PTI tenure should also be made public.