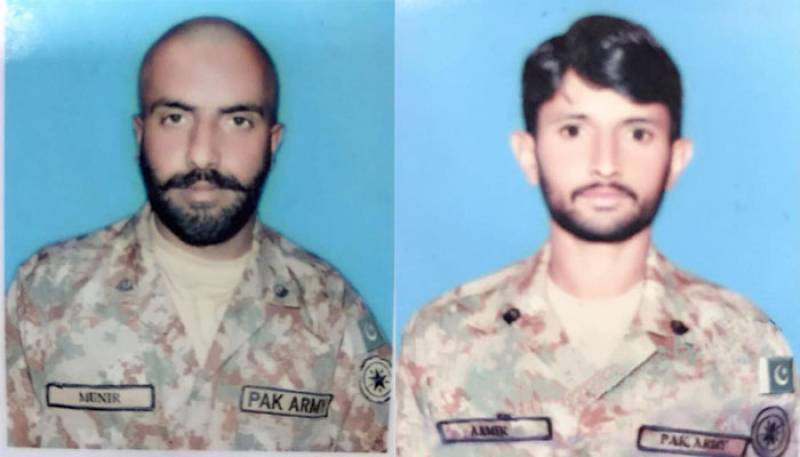 They include Sepoy Munir Chohan, 32, the resident of village Kahuta and Sepoy Aamir Hussain, 28 resident of district Bhimber.

Earlier this month, the Army destroyed an Indian post after it targetted a minor in Jajot village.

In a separate incident in January, four Army soldiers were martyred when Indian forces opened fire.

India frequently opens unprovoked fire across the LoC, resulting in the martyrdom of civilians and army officials.

The FO has said that in 2018, Indian forces carried out over 400 ceasefire violations along the LoC and the Working Boundary, resulting in 18 civilians being martyred while 68 were injured.

According to the Foreign Office, India committed 1,900 violations in 2017.