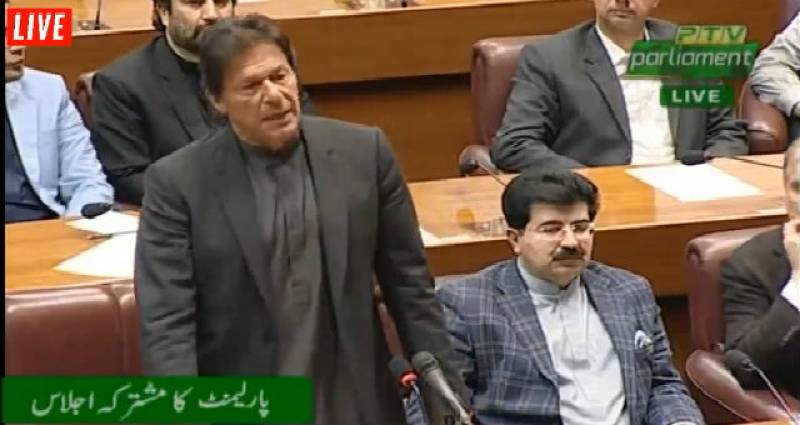 ISLAMABAD – Prime Minister Imran Khan has urged the Indian leadership not to push for escalation as war is not solution to any problem.

Making a policy statement at the joint session of the Parliament in Islamabad on Thursday, he warned if India moved ahead with the aggression, Pakistan will be forced to retaliate.

Khan said Pakistan is a peace loving country and desires peace and stability in the region. He said that as a peace gesture, the Indian pilot captured yesterday will be released tomorrow.

The PM said Pakistan is making efforts to deescalate the current tension, and added that he also tried to contact his Indian counterpart Narendra Modi yesterday. He further said that he will also talk to the Turkish President later today to ask him to play his role in the reduction of tension He said the foreign minister also contacted with other world leaders on the current situation.

Khan also urged the international community to play its role in de-escalation for peace and stability in the region.

He, however, made it clear that "our desire for de-escalation should not be misconstrued as our weakness". He pointed out that our armed forces are battle hardened and they are fully prepared to respond to any aggression.

'Ready for talks with India on all issues'

Before the Parliament's session convened, the prime minister took federal cabinet members into confidence regarding the plan of action as tensions with India escalate, saying Pakistan is ready to hold talks with India on all issues including terrorism.

"Dialogue is the only way for peace and stability in the region," the premier said while talking to a private TV channel, adding he had made an offer to India to investigate the Pulwama attack and hold dialogue on bilateral issues.

A twelve-point agenda, including the current security situation, was discussed during the meeting and the ministers of foreign affairs and defence briefed the cabinet members on Indian aggression and the efforts with diplomats and the international community to de-escalate the tensions between two nuclear-armed neighbours.

The cabinet members, in one voice, said the entire nation is united and ready for Pakistan's defence. They also lauded Pakistan's diplomatic efforts in the wake of Indian aggression, the report added. 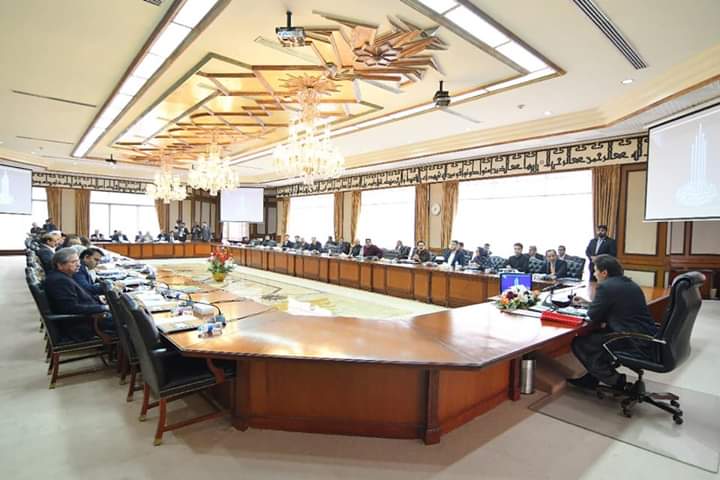 The cabinet also granted approved the decision to raise the issue of Indian aggression at the United Nations, OIC and with friendly countries.

Wing Commander Abhinandan Varthaman, who landed inside Pakistani territory after his MiG-21 Bison was shot down in a dogfight with PAF jets, remains in Army’s custody. Islamabad said it was ready to negotiate his return as per Geneva Convention if it leads to de-escalation in the region.

PM Imran on Wednesday called for talks with India and hoped both sides could de-escalate. “History tells us that wars are full of miscalculation. My question is that, given the weapons we have, can we afford miscalculation,” PM Imran said during a brief televised broadcast to the nation. “We should sit down and talk.”

Tension between the two countries has been elevated since the Pulwama attack on February 14 in which over 40 Indian paramilitaries were killed in occupied Kashmir.

Opposition Leader in the National Assembly Shehbaz Sharif said the entire nation is united and speaking with one voice.

“Pakistan will not tolerate any nonsense from the eastern border,” Shehbaz Sharif said during the joint session of Parliament on Thursday.

The PML-N leader lauded the armed forces for their action against Indian Air Force warplanes, saying PAF fighters have made the nation proud.

The opposition leader warned that there can never be peace in Kashmir if occupied forces oppress citizens.

"In this situation, I believe more Burhan Wanis will be born," he opined.