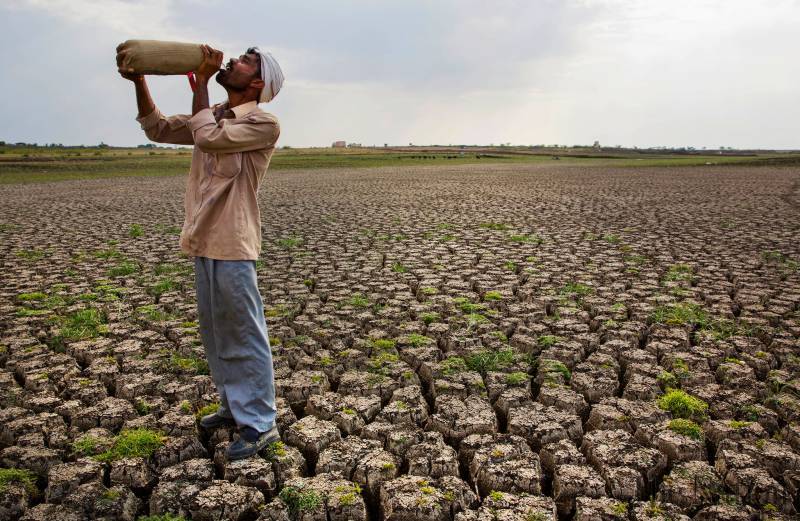 ISLAMABAD – The first-ever “Water Conservation Bill” drafted by Pakistan Council of Research in Water Resources (PCRWR) is still awaiting approval from the Ministry of Science and Technology, which would be tabled in the National Assembly of Pakistan after wards.

According to the official source, PCRWR has finalized the draft of the said bill and submitted it to the relevant ministry however its approval was delayed in absence of the Minister of Science and Technology.

The draft of the bill was prepared in consultation with all the stakeholders at federal and provincial level and will hopefully serve as catalyst to the cause of water conservation in the country which is direly needed at this time, the source said.

The non-appointment of the relevant ministry is creating hindrances in the development works as well as in pursuance of administrative matters in majority of the departments working under this ministry, the source added.

ISLAMABAD – A three-member delegation of Pakistan Indus Water Commission left for India via Wagah border on Sunday to ...

According to the draft of the Water Conservation Bill, water would be declared as an economic good and public property or asset and water conservation would be essential part of school and college curricula. Water recycling and reuse would be encouraged and promoted.

About the domestic water, the draft suggests that admissible minimum and maximum limits of domestic supplies would be determined and declared.

Rainwater harvesting would be integral part of building having covered area of one kanal or more. Water charges would be enhanced over water shortage period for reducing demand. The draft also suggests subsidizing water conservation gadgets.

About the water usage for irrigation, the draft suggests to carry out crop zoning while allowing only admissible crops to be sown in zone area. Keeping in view the domestic demand, the draft recommends allocating quota for sowing high delta crops and these should be adhered to an annual basis.

Sowing of high delta crops would normally be discouraged and flood and pancho irrigation would be gradually reduced and abandoned by 2030.

Water conservation equipment and infrastructure for irrigation would be subsidized and installation of tube-well would be licensed and heir size determined based on command area.

About the Industrial usage of water, the report recommends that industrial water usage will be audited and industries would be asked to submit wafer conservator plan for five years.

Rooftop rainwater harvesting should be part of very school while green and clean competitions should also be held to award winners for generating trained manpower for water conservation.

Dumping of municipal and industrial waste water into natural water bodies would be gradually reduced and halved by 2030, the draft stated.