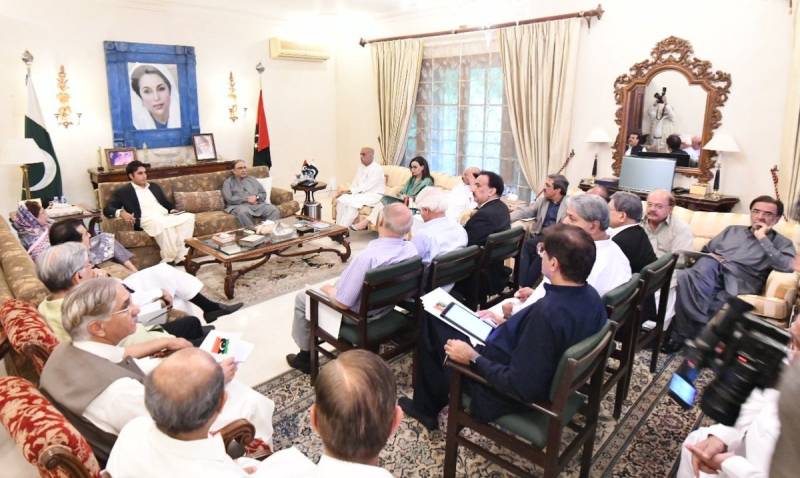 A party spokesman said Saturday that the nomination has been made by PPP Chairman Bilawal Bhutto Zardari.

Regarding the party’s role at the federal level, Bilawal maintained that “PPP will play its role as an opposition in the parliament setting an example for others on how an opposition is done.”

Rejecting the election results, the PPP chairman said, “Free and fair elections are every Pakistani’s right and on that in front we are not willing to compromise” adding that PPP will take the matter forward in the parliament.

In the Sindh Assembly, PPP managed to secure 74 seats whereas Pakistan Tehreek-e-Insaf (PTI) emerged as the second largest party in the province with 22 seats.

Murad Ali Shah would become the chief minister of the province for the second consecutive time. Earlier in 2016, before having served as provincial Finance and Irrigation minister in the cabinet of Qaim Ali Shah, he succeeded the latter as the new CM.

The decision to replace Qaim Ali Shah as Sindh CM was taken by PPP’s senior leadership at a high -level meeting in Dubai. A couple of days later, Bilawal Bhutto nominated Murad Ali Shah as PPP’s choice for the CM.

In 2013, Murad was not allowed to contest elections due to his dual nationality. However, subsequently, he gave up his Canadian nationality upon which he was permitted by the Election Commission of Pakistan to contest the elections.

PPP would likely be forming the government in Sindh for third consecutive time since it had done so after 2008 and 2013 elections.