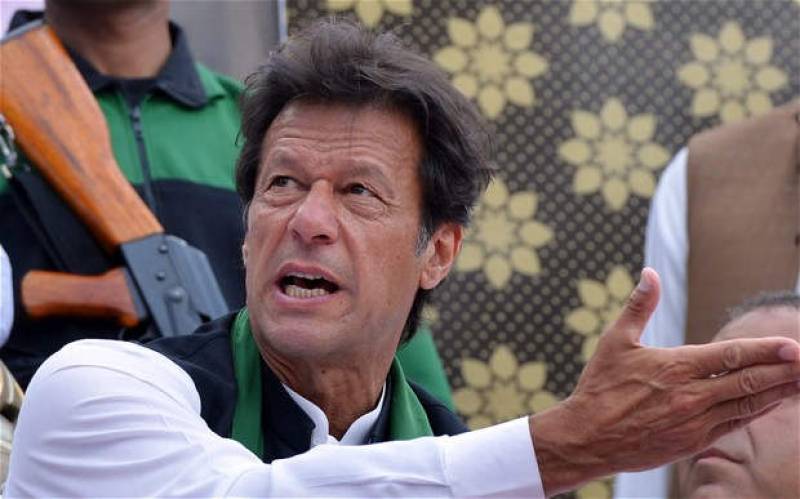 “Nawaz Sharif, in his press conference, said the JIT did not answer his questions. He should know that it is a criminal investigation and he is accused of money laundering,” said the PTI chairman while speaking to the media.

Imran claimed that the nation has accepted the prime minister as a criminal and the people are ready to respond to his call and will come out on the streets.

He further said the premier’s media talk in London showed that the JIT probe is going against his expectations, hence the prime minister is now discrediting the JIT.

“It’s a pressure tactic by PML-N,” the PTI chief remarked.

Imran Khan said that the only person responsible for Maryam Nawaz being summoned before the JIT is the prime minister.

“PM Nawaz sent his money abroad in the name of his children to save himself. He is responsible for the JIT summons.”

“The Naya Pakistan will not be made through road and underpasses it will come into existence through the implementation of law and order,” he said.

“By not visiting Parachinar yet, what message are you conveying to small provinces,” asked Imran while referring to the recent terror attacks in Parachinar.