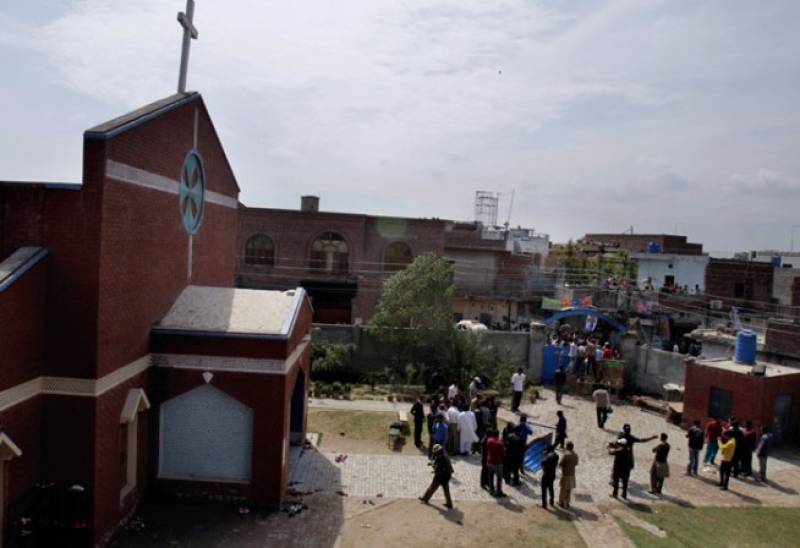 LAHORE (APP) – The Human Rights Commission of Pakistan (HRCP) has expressed serious concern over Youhanabad Christian community’s complaints about police highhandedness for arresting people over suspicion of their involvement in the lynching and burning of two young men, and the state of fear that prevails in the locality.

The Commission has called upon the law-enforcing agencies to conduct their operations, especially those involving search for and arrest of suspects, in a manner that does not aggravate the Christian population’s feelings of insecurity and undue interference with their privacy and liberty.

In a statement issued here today HRCP said: “An HRCP investigating team has confirmed the Youhanabad Christian community’s complaints of police personnel’s lack of sensitivity to their rights and dignity while probing last Sunday’s lynching and burning of two young men in the aftermath of a deadly terrorist attack on two churches. The police are being accused of terrorizing the population with post-midnight raids on their homes and behaving rudely with the people including women.

Over a hundred Christian citizens are allegedly being detained and subjected to third-degree methods without being produced in any court. Many people including shopkeepers are said to have left the area in order to escape harassment. Several women told HRCP investigators that they had been trying in vain to locate the members of their families who had been picked up by the police.

“HRCP understands the Muslim community’s feelings of hurt and anger but the need for them to exercise restraint is obvious. Utterly condemnable though the killing of the two young men was, some allowance has to be made for the eruption of mob anger after the provocation caused to the victims of the attacks on two churches, and which resulted in more than a dozen deaths.

While law should take its course, the authorities must avoid giving the impression that they are more keen to pursue the killers of the two young men than they are in protecting the minority community’s rights against attacks by terrorists. Senior officials and political leaders must help the Christian community in dispelling their fears and do everything possible for restoration of peace and amity between the different communities.”