Youm-e-Takbeer, a day of pride for Pakistan: PM 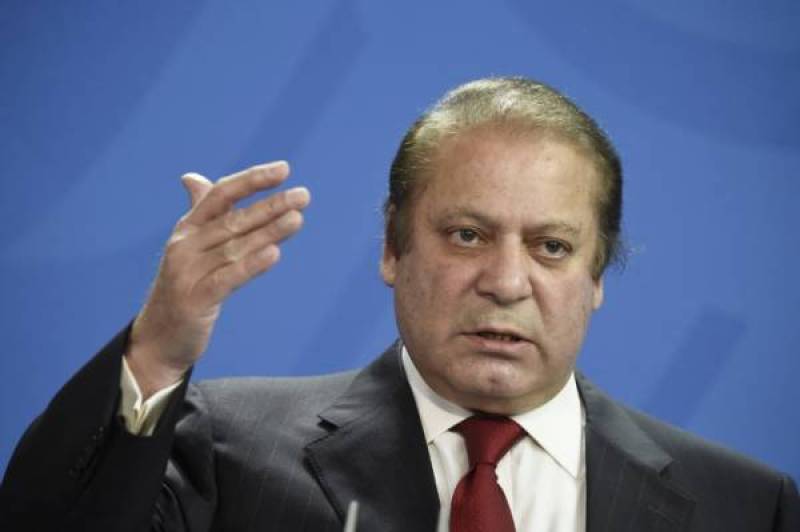 ISLAMABAD (APP) - Prime Minister Muhammad Nawaz Sharif has said that the Youm-e-Takbeer is indeed a day of pride for the Pakistani nation and the Muslims all over the globe.

"With the blessing of Almighty Allah, Pakistan became the seventh nuclear power of the world, so the nation while reiterating its resolve for the solidarity and unity of Pakistan, should celebrate the occasion," he said in his message on the occasion of Youm-e-Takbeer being observed on Thursday (May 28).

The prime minister also reminded the nation about the historic background of the event. On May 11, 1998, India with its nuclear tests had disturbed the balance of power in the South Asian region.

He said there was a surge in the aggressive designs of India as it not only showed its intentions of sending armed forces to Azad Kashmir, with converging of army on the Line of Control, but its defence minister also announced that the Indian Army would be armed with the nuclear weapons.

"Under such nerves-wrecking situation, we started consultation to cope with the Indian threat and face the international pressure, mounting on the country for not conducting nuclear tests," he said.

"But fortunately, the spirit and thoughts of the whole nation and by keeping the national interest in sight, we took the decision, and by the grace of Almighty Allah, on May 28, 1998 Pakistan became a nuclear power."

"I still remember that during my exile period, the Youm-e-Takbeer was celebrated under the auspices of Nazaria-e-Pakistan Trust in which I was remembered and for which I am greatly thankful," he added.

The prime minister said that after conducting nuclear tests, defence of Pakistan became impregnable and the enemies could not dare to look towards it with bad intentions.

He said, now the enemies had changed their strategy and were trying to weaken the country internally.

Sharif said the government alone could not face such a situation but for this purpose the government, the nation and the armed forces had to tackle it unitedly.

The prime minister said, "By the grace of Allah Almighty today the entire Pakistani nation is united on the issue of terrorism," and added the ongoing Operation Zarb-e-Azb against terrorists was getting unprecedented successes.

He said the officers and Jawans of Pakistan Army were sacrificing their lives to get the motherland rid of the curse of terrorism, so that the present and future of the coming generations could be secured.

The prime minister said on this important occasion he would like to mention China-Pakistan Economic Corridor, and added "no one can deny the fact that a strong economy is a must for a strong defence."

honour of atomic tests and now Insha'Allah, their government would get the honour of economic test.

He said the government was serving the people with full devotion and was answerable to them for the steps taken by the government.