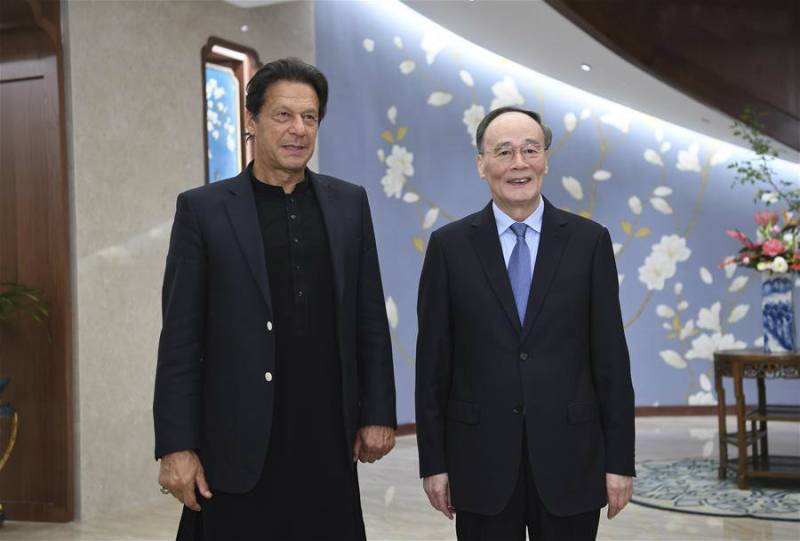 "The Vice President's highly successful visit has imparted a strong impetus to further deepening of the time-tested friendship between Pakistan and China," the Foreign Office said in a statement as the visiting dignitary wrapped-up his visit to Islamabad and Lahore from May 26-28.

"The visit has added to the vitality of the Pakistan-China bilateral partnership, which remains unaffected by adverse regional and international developments, and continues to grow from strength to strength," the Foreign Office statement said.

The Foreign Office said the visit acquired "an increased momentum" since the Prime Minister Imran Khan's visit to China in November 2018 and his participation in the 2nd Belt and Road Forum in Beijing in April 2019.

The two sides held in-depth discussions on Phase-II of CPEC including industrial and agricultural cooperation and socio-economic development, and on deepening practical cooperation in tourism and people-to-people exchanges.

Both countries underscored their firm commitment for early completion of ongoing CPEC projects and to further expanding CPEC.

ISLAMABAD – Pakistan and China on Sunday while reaffirming their 'All-Weather Strategic Cooperative Partnership' ...

The two countries also agreed to enhance bilateral trade volume in a balanced way. In this respect, they resolved to implement the recently concluded 2nd Phase of China Pakistan Free Trade Agreement (CPFTA) at the earliest.

They agreed that the early development of prioritized Special Economic Zones (SEZs) will play an important role in further enhancing economic relations between the two countries.

"China Pakistan Economic Corridor (CPEC), the flagship project of President Xi Jinping's Belt and Road Initiative (BRI), has added a practical dimension to the relationship and further fortified it," the statement added.

In Lahore, the Chinese Vice President met Punjab Chief Minister Sardar Usman Buzdar and held a meeting with Governor CH Sarwar, who hosted a banquet in his honour. 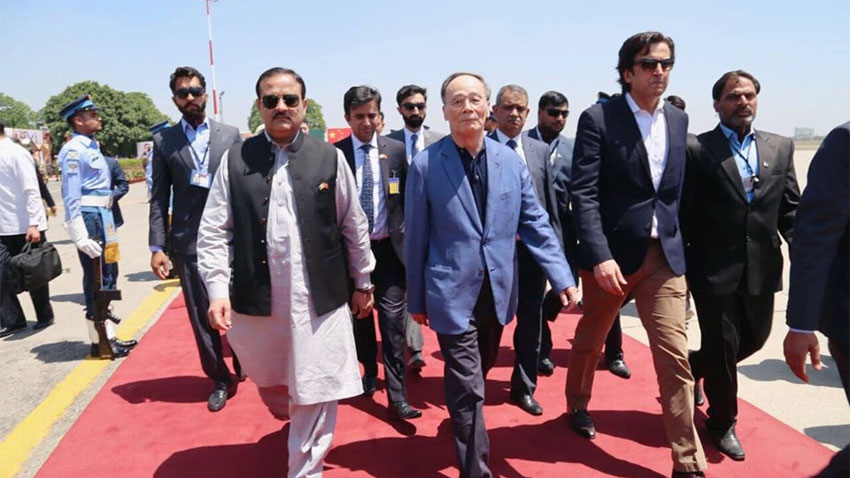 The distinguished guest paid a short visit to the historical Lahore Royal Fort and Badshahi Mosque in the city before leaving for his home country. CM Buzdar saw him off at the Lahore airport along with senior officials.