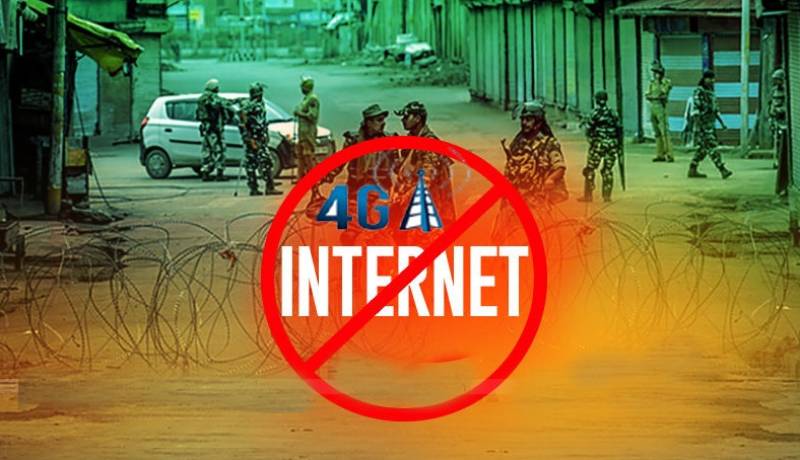 SRINGAGAR – The Indian authorities have extended ban on 4G internet service in occupied Kashmir to victimise the freedom-loving Kashmiris, who are already suffering immensely due to military siege and coronavirus outbreak.

An order issued by Shaleen Kabra, Principal Secretary Home Department of occupied Kashmir said that the gag on 4G Internet connectivity would continue till 17th June or until further orders.

It is to mention here that Narendra Modi-led fascist government in New Delhi had suspended the internet and mobile phone services in occupied Kashmir on August 05, 2019 when it revoked the special status of the territory and placed it under lockdown. Although, the Indian government claims that landline phones and 2G internet services have been restored in the occupied territory but the residents continue to suffer immensely due to absence of prepaid mobile and 4G internet connectivity, particularly after the spread of coronavirus, which has wreaked havoc across the globe, Radio Pakistan reported.

Hurriyat leaders, political activists and several international organizations working for rights of common people and journalists including Amnesty International, Human Rights Watch, Reporters Without Borders and Committee to Protect Journalists have time and again demanded restoration of 4G internet services in occupied Kashmir to help the residents of occupied Kashmir to deal with an unprecedented situation caused by the outbreak of coronavirus.

As many as 48 rights groups from different parts of the world, including US-based Human Rights Watch (HRW), have written to the World Health Organisation to press the India government to restore internet access in occupied Kashmir. In the letter to WHO, the rights groups have stated that the Indian authorities have restricted internet access to only slow-speed 2G in Kashmir.