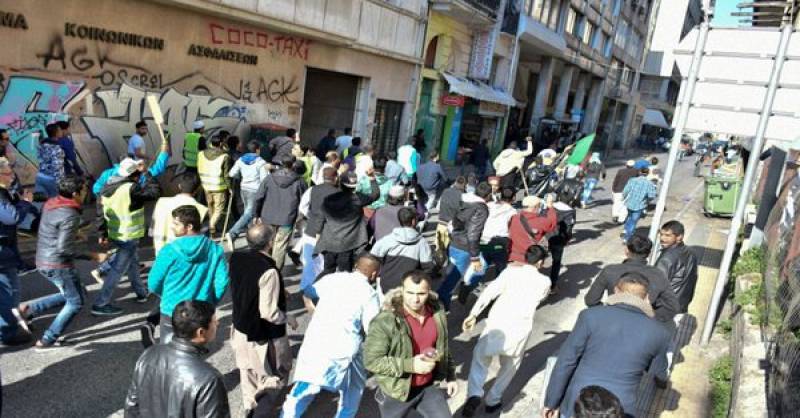 ATHENS - Fierce clashes erupted in Athens on Sunday after a group of Greek soccer club fans heading for a game attacked the Pakistani community celebrating the birth anniversary of Prophet Mohammed (PBUH).

The police had to disperse tear gas and stun grenades in order to control the violence, RT news reported, adding that no serious injuries or arrest happened during the incident.

Videos from the scene show the chaos broke out in the historical city after hooligans stepped on Islamic flags, while Pakistanis try to defend themselves by some fighting back.

Here is another video shared by the RT news.

The hooligans, who were supporters of the Thessaloniki PAOK soccer club and going for a game amid police protection, started insulting the immigrants and attacked them.

There were around 200 fans, while some 800 people took part in the Muslim march, according to local media.