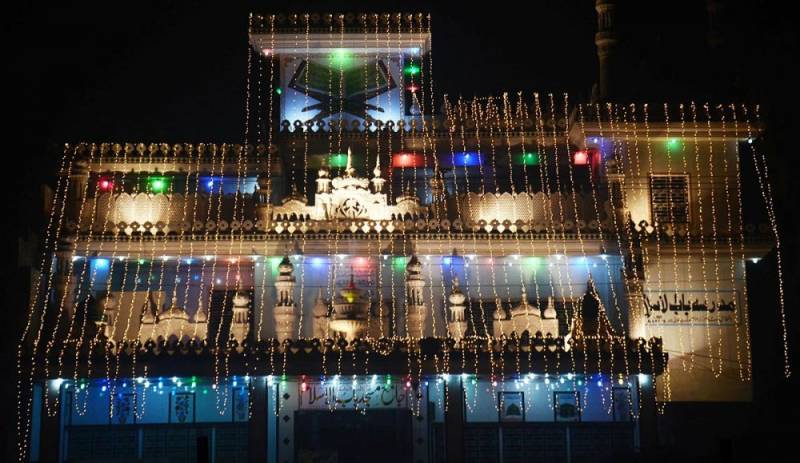 KARACHI - The Sindh government has announced a public holiday across the province on Friday, December 1, 2017, to celebrate Eid Milad-Un-Nabi. 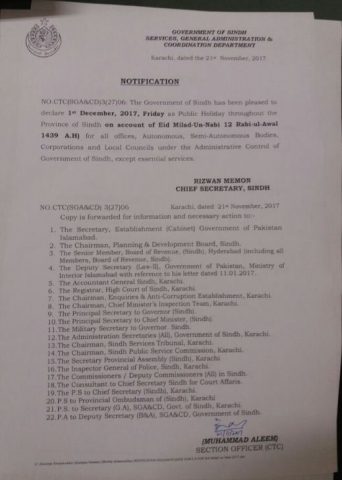 According to a notification issued by the provincial government, all government offices, semi-government, autonomous bodies, corporations and local councils under the administrative control of the province will remain closed.