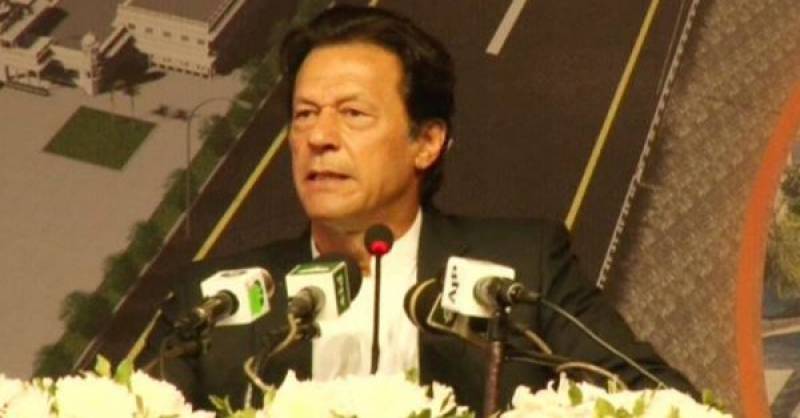 SIALKOT – After laying the foundation stone for the construction of the Kartarpur corridor in Narowal, Prime Minister Imran Khan on Wednesday arrived in Sialkot to break the ground for a new campus of the Government College Women University in the Punjab city.

The new campus will be spread on 200 acres and will be built at a cost of Rs1.627 billion. Expected to be completed after two-and-a-half years, the campus will feature an administration block, an academic block and a student hostel, besides other amenities.

“Those nations progress that invest in their people and the more you invest in people's education, the more a nation progresses," Khan said while addressing the groundbreaking ceremony.

"There is a very strong correlation between higher education and the rise of a country," he added while stressing the importance of building quality institutions of higher learning.

Earlier in the day, the premier attended the groundbreaking ceremony for the first visa-free border crossing with India, a corridor that will allow Sikh yatrees to easily visit their shrines on each side of the border.

The crossing — known as the Kartarpur corridor — is a rare sign of cooperation between the two nuclear-armed rival countries.

Khan used the occasion to again call on India to work together to overcome bitterness of the past, resolve issues through dialogue to eliminate poverty in both nations. The crossing was a Khan initiative and India last week gave the green light for the construction to begin.