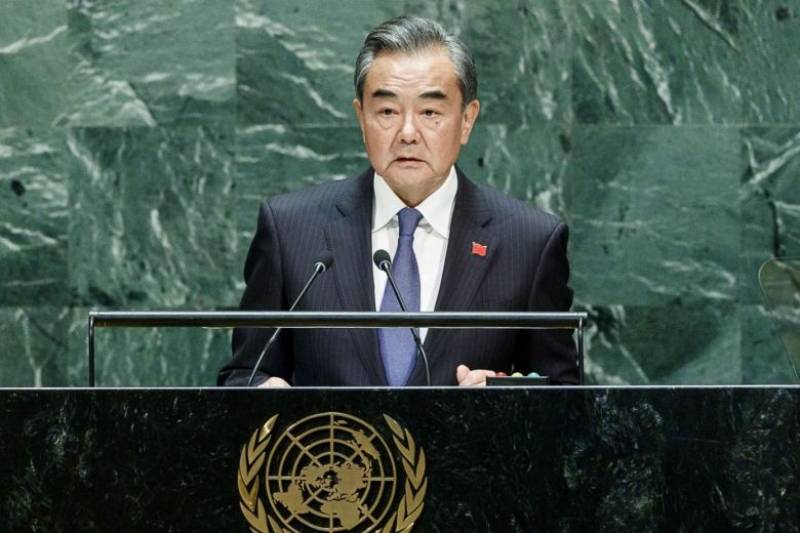 NEW YORK - Chinese Foreign Minister Wang Yi, in his address to the 74th session of the United Nations General Assembly (UNGA), has raised Kashmir issue in the UN General Assembly.

Chinese Foreign Minister Wang Yi emphasized on the resolution of the longstanding Kashmir dispute between Pakistan and India in the light of the UN Security Council resolutions and bilateral dialogue process.

He said that Kashmir issue is a dispute left from history, and should be properly and peacefully resolved based on the UN Charter, relevant UN Security Council resolutions and bilateral agreements.

The foreign minister said that China opposes any unilateral actions that complicate the situation. He expressed his country's hope to see stability return.

Mr Yi further cautioned of taking any unilateral actions for altering the status of the disputed Himalayan valley.