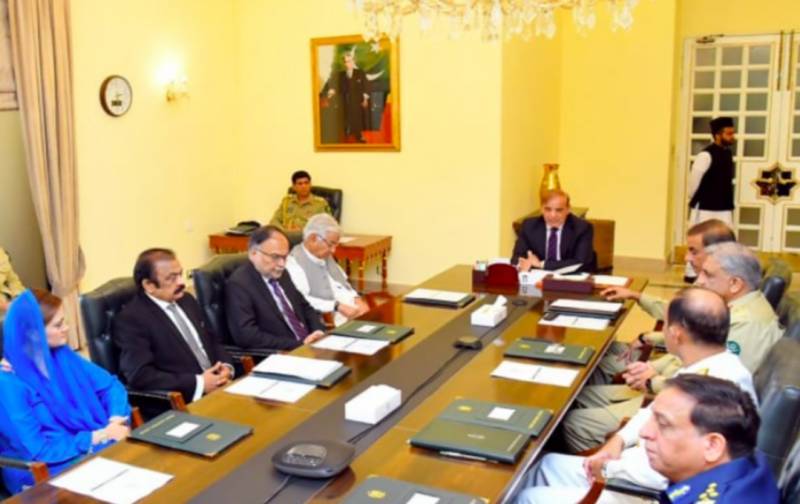 During the meeting, the heads of the intelligence institutions briefed the participants about the security of the PM’s House and other key places.

“The meeting was told that an investigation is being conducted on the issue of the audios circulating on social media. It was briefed about certain aspects related to the security of the Prime Minister’s House and the fool-proof arrangements taken to remedy them.”

It was told that emergency measures are being taken to ensure the security of the important places in order to avoid such incidents in the future.

Furthermore, the NSC directed the Law Ministry to chalk out a “legal framework” related to cyber security.

A day earlier, the premier termed the audio leaks of conversations took place in the Prime Minister’s Office a serious breach, adding that the incident had put the prestige of the country at stake.

Addressing a press conference in the federal capital after wrapping up his foreign tour, the premier said: “It is an important matter and needs to be investigated thoroughly”. He announced that a high-level committee will be formed to probe the audio leaks.

“Who will now have meeting the Prime Minister?” Sharif questioned while lamenting over the major security lapse at the country’s top office.

It all started when a leaked phone call allegedly between Shehbaz Sharif and a government official surfaced online.

In the so-called leaked audio, the premier could be heard saying that PML-N vice president Maryam Nawaz asked him to import machinery for a power plant from India for her son-in-law Raheel – husband of Mehrunnisa.

Responding to a question in today’s presser, the prime minister verified the audio but clarified that he did not have extended any illegal benefit to anyone.