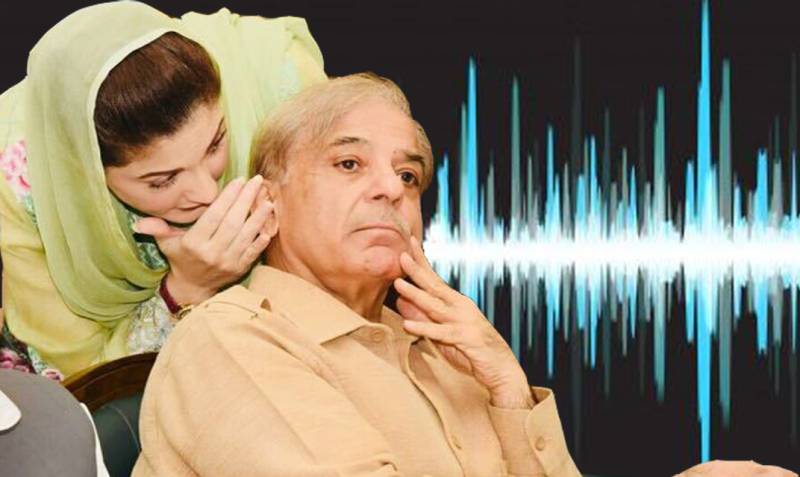 In the so-called leaked audio, the authenticity of which has yet to be verified, the premier could be heard saying that PML-N vice president Maryam Nawaz asked him to import machinery for a power plant from India for her son-in-law Raheel – husband of Mehrunnisa.

The other man on the phone then advised Shahbaz to get this work done from former finance minister Ishaq Dar, who is set to return to Pakistan next week. The premier allegedly agrees on the recommendation of getting the help of the former finance Czar.

The matter made headlines as the daughter of Maryam Nawaz Mehrunnisa tied the knot with industrialist Chaudhry Munir’s son Raheel in December 2015, the same event attended by Indian Prime Minister Narendra Modi.

Later in the clip, the ‘mystery man’ takes up another matter about the installation of a housing society in the Ittihad Park Housing Society, which Shehbaz said should be dealt with in a ‘national way’.

The official also advised the PM to take help from Dar to deal with this matter, saying he will handle it in a better way.

The two then discussed former Justice Maqbool Baqir, the candidate for the next chief of the National Accountability Bureau. The other man on the phone told PM not to consider Baqir after ‘suggestion’ of two media persons.

Meanwhile, the date and time of the leaked audio remain unconfirmed as of today.

ISLAMABAD –  The government and the former ruling Pakistan Tehreek-i-Insaf (PTI) slammed each other over a ...

No PML-N leader including Information Minister Marriyum Aurangzeb commented on the matter till the filing of the story.

LAHORE – An alleged audio clip of Aleem Khan, a disgruntled leader of Pakistan Tehreek-e-Insaf (PTI), has ...