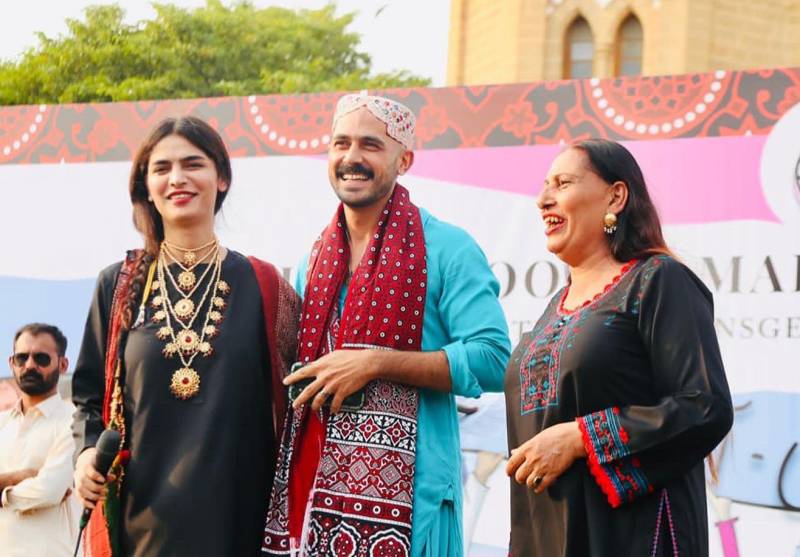 Transgenders from different areas of the southeastern province flocked to attend the event to raise voices for marginalised group. The event garnered attention with dialogues and emotional performances interspersed with creative slogans.

It’s time for "Jiye Awaam, Jiye Khawaja Sira and Jiye Aurat," he could be heard saying with many lauding the activist and for empowering a common man in feudal culture.

This gentleman is @BhuttoZulfikar junior, the real soul of motherland, telling people don't chanting about Bhutto, but chant for urself, the people who are suffering, which is the real Sindh. This is change this is rising Sindh. #Sindhmooratmarch pic.twitter.com/cUK7Dj4LnD

As his clips went viral, many activists and social media users showered love on him for new slogans. Aurat March Karachi, Progressive Students Federation Karachi, and other groups also attended the event.

Thank you for the kind words on my speech at @MooratMarch, however, this would not have been possible had it not been for the space that trans women and the khwaja sara community have created for free expression in this country. Tremendously grateful. Jaagi jaagi Moorat jaagi! pic.twitter.com/glYTQLgU3B

The organisers and participants called on authorities to criminalize transphobic hate speech. They linked self-perceived gender identities to basic rights.

Zulfikar Ali Bhutto shared his dislike for politics and his sheer disappointment on the way he was judged by his ...