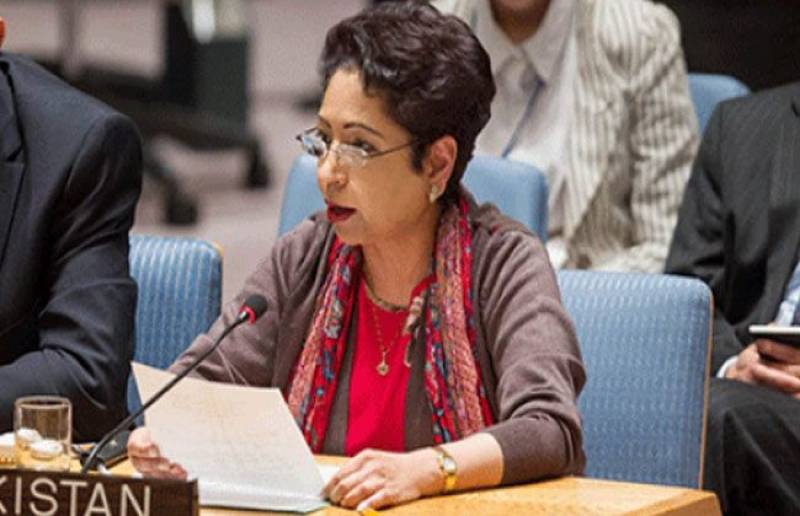 NEW YORK (Staff Report) - At the UN, Pakistan called for strengthening the world body’s peace-building architecture, describing this as imperative and not just important.

Speaking in the General Assembly debate on the Peace-building Commission, Ambassador Dr. Maleeha Lodhi said that “Lasting peace is possible only through prevention of conflict and addressing its root causes.” And this needed a “more responsive and effective” Peace-building Commission with an enhanced capacity to bring about improvement in the lives of ordinary people affected by conflict.

“We should be able to see change on the ground, where it matters most, in the form of a strengthened and effective Peace-building mechanism”, the Pakistani envoy told the Assembly.

Ambassador Lodhi said that Pakistan has seen the result of the work undertaken by the Peace-building Commission first hand – both as a member of the Commission and as one of the top troop contributors to countries where much of this work has taken place.

“This experience confirms our belief that advancing the peace-building agenda is essential”.

Speaking about the resolution adopted by the GA in its current session, Ambassador Lodhi said that this is based on two very important precepts: “sustainable peace” and “inclusivity.” She emphasized that durable peace was possible only through conflict prevention.

“And inclusivity is the linchpin for sustaining peace”. This requires close partnership with national stakeholders and respect for national priorities and policies. An enhanced role for women and youth is also critical and essential for success”, she added.

Referring to the report of the Secretary General on the Peace-building Fund, the Pakistani envoy said that this paints a grim picture of waning finances limiting the PBC’s ability to match demand.

While agreeing that the Commission's focus on domestic resource mobilization was important, she called for enhancing international financial support and ensuring its predictability.

Highlighting the Peace-building Commission’s vital role in conflict prevention, post conflict peace-building and avoidance of relapse of conflict, Dr. Lodhi said that investment in equipping the Commission to match challenges it faces was ‘investing in the future’.

She concluded by expressing the hope that the current review process should breathe new life into the Commission, making it more responsive and effective.