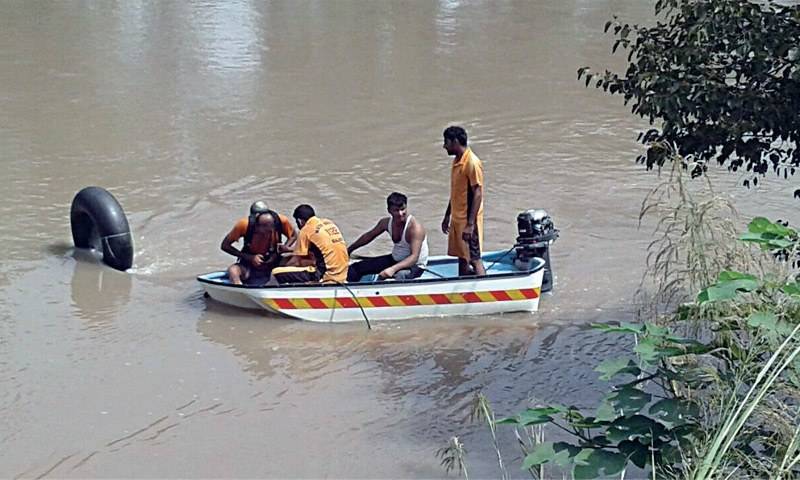 SHIEKHUPURA — Six people including three women of the same family were killed when their car fell into a canal near Farooqabad in the wee hours of Saturday.

According to details, the ill-fated family from Chambal village was going to Gujranwala to attend the funeral of a relative.

Their car fell into Upper Goh Gera Canal near due to bad weather and over-speeding, killing all the six people.

Rescue teams reached the spot and recovered the four bodies from canal and operation is underway to find remaining bodies.

Earlier this week, at least three persons were killed and 25 others were injured after over 5 vehicles piled up on National Highway in Okara due to dense fog conditions.

ISLAMABAD - At least three persons were killed and 25 others were injured after over 5 vehicles piled up on National ...

According to details, the incident took place in the wee hours when visibility was reportedly low due to dense fog cover.

A number of cars collided with each other and initial investigation show that high speeds and low visibility may have led to the unfortunate accident.