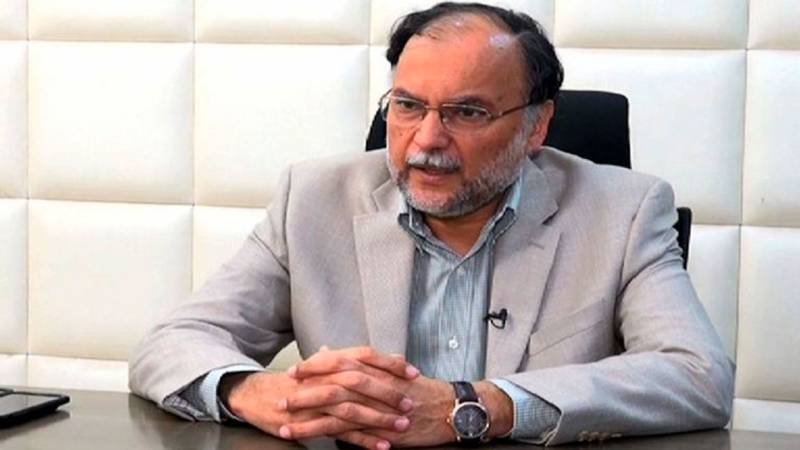 ISLAMABAD - Former interior minister Ahsan Iqbal tendered an unconditional apology in the Lahore High Court (LHC) on Friday during the hearing of a contempt case lodged against him.

A three-member bench headed by Justice Mazhar Ali Akbar Naqvi resumed the hearing of the case and told Iqbal that his detailed answer did not contain the words required for an apology.

“I respect the judiciary. I apologise to the court unconditionally,” the former minister had submitted before the august court.

Afterwards, the court adjourned the hearing till July 2 and demanded an answer from the PML-N leader, however, Iqbal's counsel had sought time till after the upcoming elections.

The case pertains to Iqbal's outburst against the top judge when the PML-N leader expressed that enough was enough, referring to the remarks of the chief justice.

The top judge had observed in the courtroom that Ahsan Iqbal was behind the appointment of Dr Uzma Quraishi as vice-chancellor (VC) of the Lahore College for Women University (LCWU).

The lawmaker took a strong exception to the remarks of the chief justice and opined that the top judge was not authorized to abuse [him]. He also requested the CJP to have a big heart and not get agitated by minuscule issues.

‘If judges are patriotic, so are the politicians’ remarked the minister and added that he had done politics with respect and sanctity throughout his life.