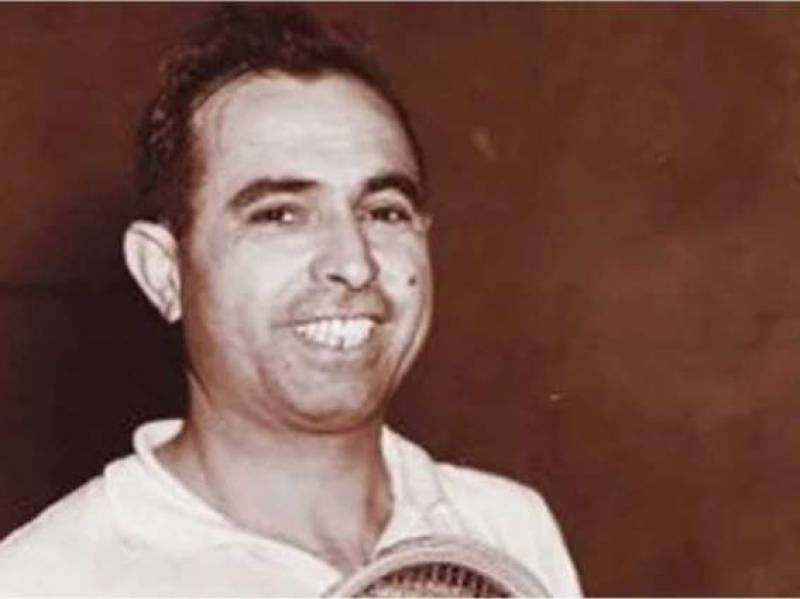 PESHAWAR - Legendary Azam Khan, one of the greatest squash players of all time passed away of Coronavirus in London's Ealing Hospital Saturday with thousands around the world becoming victims of this pandemic. He was 95.

Azam Khan, who won four consecutive British Open titles between 1959-62, tested positive for COVID-19 last week and breathed his last on Saturday, his son Wasil Khan, a former British Junior Champion, confirmed the news of the sad demise of late Azam Khan, which hit the world sports circle like a jungle fire. Himself, in the isolation with other family members, Wasil Khan, said that the death of his father was a big shock for the whole family and certainly for the sports circles around the world.

They expressed condolences on the sad demise of Azam Khan, a four times British Open Champion, who was the instrumental to raise the flag of Pakistan in the world of squash. They also prayed to Almighty Allah to rest his soul in peace and give patience to the bereaved family to bear this loss.

Azam Khan was the younger brother of Hashim Khan and played a key role in his upbringing. He was also a source of inspiration for Azam Khan throughout his sporting career. Azam Khan launched his squash career in 1952. He first participated in the British Professional Championship (1953) where played final with his elder brother Hashim Khan but lost the match. Despite this, the Squash Rackets Association was reluctant to allow him to enter the British Open of 1953 because in those days British Open Draw was limited to only to sixteen players. Azam was played a trial match with Brian Phillips and successfully won his trial match to play in the British Open.

Azam, who had settled in Britain back in the sixties, is one of the prominent members of the great Khan dynasty which ruled international squash decades. His elder brother, Hashim Khan, was the first Pakistani to win the British Open back in 1951.

Azam was 11 years younger than Hashim, who was almost like a father figure to him. Ever since their father's demise when Azam was still an infant, Hashim had taken him under his wings. In 1953, Hashim took Azam to Britain with him. Azam had been training hard for months but had little match practice when he landed in Britain.

He got his first taste of real competition soon after arriving in London when he played for the professionals against the amateurs. He got a match against the best player of the rival team, Roy Wilson. Azam lost that match but not before stretching Wilson to full five games.

The Professional Championship was followed by the all-important British Open.

Hashim had brought Azam to feature in this prestigious event. But at that time, the British Open, which was the most prestigious event in world squash, was limited to the top 16 players. Since Azam was a newcomer, he was denied entry to the event.

In those days there were no qualifying rounds. However, one thing went in Azam's favour. He had featured in the final of the Professionals championship and thus deserved to take part in the British Open. It was decided at the last minute that he would get a shot at earning a place in the draws of the British Open. A trial match was arranged at the London Club against leading British amateur, Brian Phillips. Azam defeated him to get an entry into the tournament.

He made it into the semi-finals of the tournament. The other three in the last four were defending champion Hashim Khan, his brother-in-law Safeerullah Khan and Roy Wilson. Unfortunately, Azam was pitted against Hashim while Safeer faced Roy. Safeer fell to the Briton while in the other semi-final Hashim defeated Azam 9-6, 4-9, 9-7, 8-10, 9-4 to enter the final.

Azam may not have featured in the British Open final but everyone in the squash world knew that Hashim has managed to prepare a worthy successor. After his loss to Roy Wilson in the Professional vs Amateurs match, Azam was never beaten by a non-Pakistani player in his entire career. Most of his defeats came at the hands of Hashim either in the finals or semi-finals of major international tournaments.

Azam continued to feature in all major events and his first British Open title finally came in 1958 when Hashim was forced to pull out of the tournament because of an injury. Azam went on to win three more British Open titles but was forced to call it quits after snapping an Achilles tendon in 1963. He was still young enough and could have made a successful international comeback but a great tragedy struck when his eldest son died. After the death of his son, Azam lost interest in life and gave up any plans he had of returning to professional squash.

During an illustrious career, Azam featured in seven British Open Championships and was regarded as one of the world's best shot-makers and strategists. Even the mighty Hashim Khan could never beat a British Open final opponent the way Azam routed compatriot Roshan Khan in the 1959 final. He won 9-1, 9-0, and 9-0 to the dismay of an angry gallery which was left astounded by the quick outcome of the title match.

Azam's squash talent was inherited by his son Wasil, who was a British Junior Champion during his schooldays. But squash was not a passion for Wasil, who today is a successful businessman, based in London. While Wasil did not pursue squash as a profession, his daughter Carla, did carve a successful professional career. Carla rose to become a top-20 player in the world and won several international titles including the Pakistan Open, El-Salvador Open, Ottawa Open and the Iranian Open.

Initially Azam Khan was working as a coach in the Pakistan Air Force. Azam Khan becomes British Open champion in 1959 in a win against his nephew Mohibullah Khan. He is regarded as one of the greatest squash players in the squash playing world.