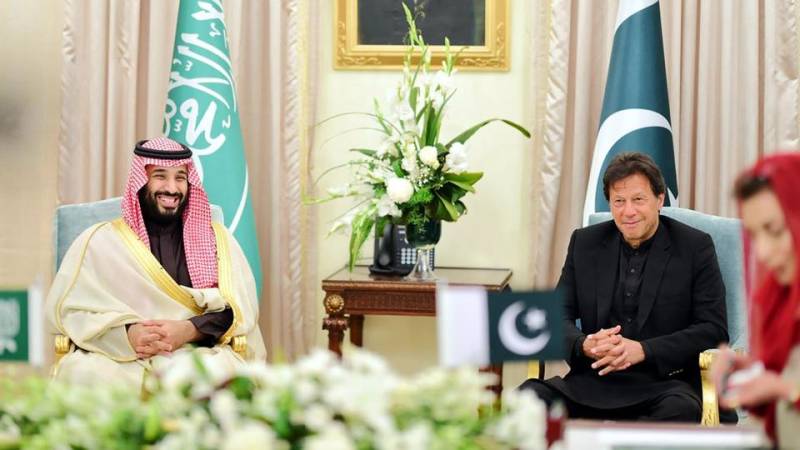 The premier held a telephonic discussion with the Saudi leader, besides sending a letter, which he has shared on social media, to the crown prince.

PM Khan highlighted in the letter that the kingdom’s initiatives are closely aligned with Pakistani government vision to counter the effects of climate change.

The letter was sent days after US President Joe Biden ignored Pakistan while inviting world leaders to a climate summit to be held virtually in April this year.

In letter, Imran Khan said: “After successfully planting one billion trees from 2014 to 2018 and now our Ten Billion-Tree Tsunami is well underway across the country. We are also expanding our protected areas – over 15 percent land and 10 percent marine area – by 2023”.

Am delighted to learn of "Green Saudi Arabia" & "Green Middle East " initiatives by my brother, His Royal Highness Crown Prince Mohammed bin Salman! Have offered our support on these as there are many complementarities with our "Clean & Green Pakistan" & "10 Billion-Tree Tsunami. pic.twitter.com/ExHSS8DUVh

Planting trees not only protects nature and restores ecosystem to fight climate change the premier highlighted, adding that it also expands eco-tourism and creates thousands of green jobs for the youth.

Sharing future goals, he said that Pakistan has targeted 60% of its energy to be clean energy by 2030.

He said Pakistan and Saudi Arabia maintain close cooperation on climate change issues at all multilateral forums, a meaningful and structured bilateral engagement can help advance our shared vision.

Prime Minister said challenge of climate change is one that calls for greater international collaboration and a shared aspiration for sustainable development.

He said the world has no choice but to treat this green pathway and define a new development paradigm for the 21st century.