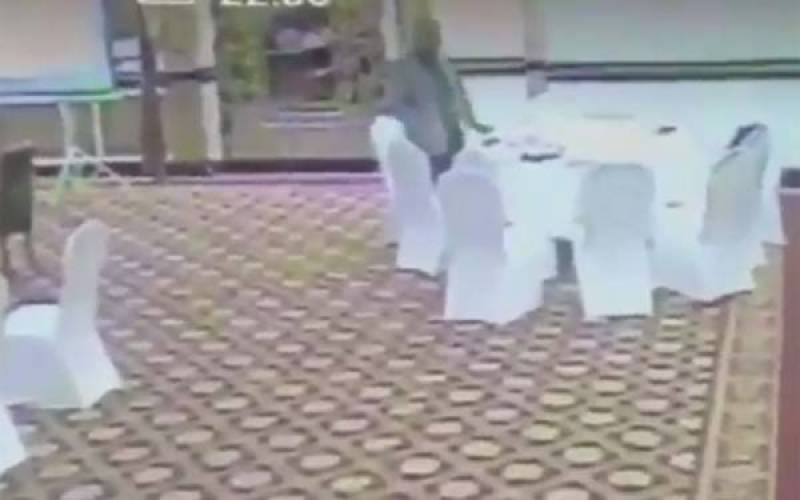 ISLAMABAD - A senior government official of grade 20 was caught on camera, stealing the wallet of an official of the Kuwaiti delegation that arrived in the country to attend the two-day Pakistan-Kuwait Joint Ministerial Commission meeting.

The head of the Kuwaiti delegation complained on Friday that he had lost his wallet, following which the CCTV footage of the room was inspected.

The grade 20 officer who brought shame to #Pakistan today, or, The most hated man in #Pakistan tonight... #CCTV #Video of the man swiping the #Qatari official’s wallet. pic.twitter.com/P6j6VPyPKB

Soon after the officer was caught red-handed, Economics Affairs Division (EAD) Secretary Ghazanfer Gilani instructed the officers concerned to register an FIR against the 13th common DMG (now PAS) officer in the PS Secretariat Islamabad; the accused was later arrested and legal proceedings have been initiated against him.

“All officers of the Ministry of Industries and Economics Affairs Division, as well as other participants, were shocked when the head of the Kuwaiti mission complained about the incident,” said an official of the Finance Ministry.

The spokesperson of the finance ministry refused to comment on the issue, however, the wallet was recovered and handed over to the delegation.