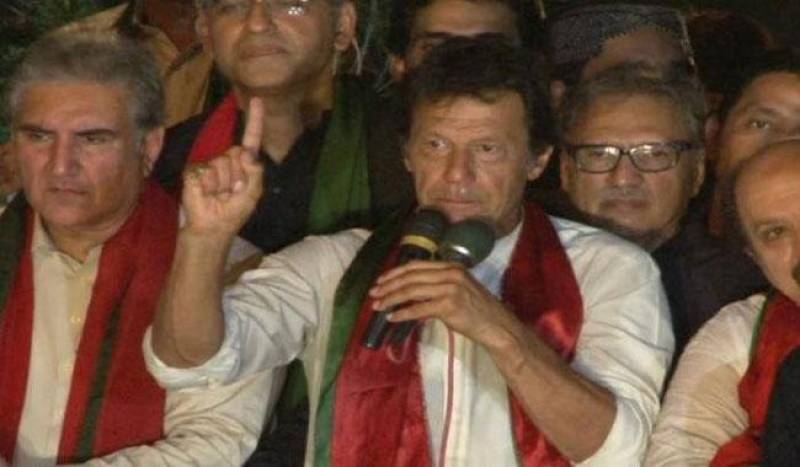 KARACHI - Chairman Pakistan Tehreek-e-Insaf (PTI) Imran Khan said that he was fighting against a mafia ‘God Father’ who has been handed over to JIT .

He was speaking at a huge rally namely ‘Huqooq-e-Karachi’ organisded by PTI here at Jail Chowrangi on Sunday night.

The rally marched through various places and roads of the city and ended at Jail Chowrangi where Imran addressed the participants.

The PTI chief Imran Khan asked the people of Karachi why have they not come out on streets to protest against lack of clean water and heaps of garbage lining the city.

“Karachi used to raise voice against injustice before anyone else. Why is Karachi, which stood up for the rest of the country, not coming out for its own rights,” asked Imran addressing the march.

The PTI chief said that the city contributes 60% of the Gross Domestic Product (GDP) of Pakistan.

He while announcing the march had said that the walk aims to bring to the spotlight issues such as loadshedding, water shortage and garbage disposal.

Earlier in the day, PTI and Pakistan Muslim League-Nawaz’s workers came face to face outside the Karachi Press Club. Workers of both the parties started chanting slogans and hurled stones at each other, although the situation was brought under control later on.