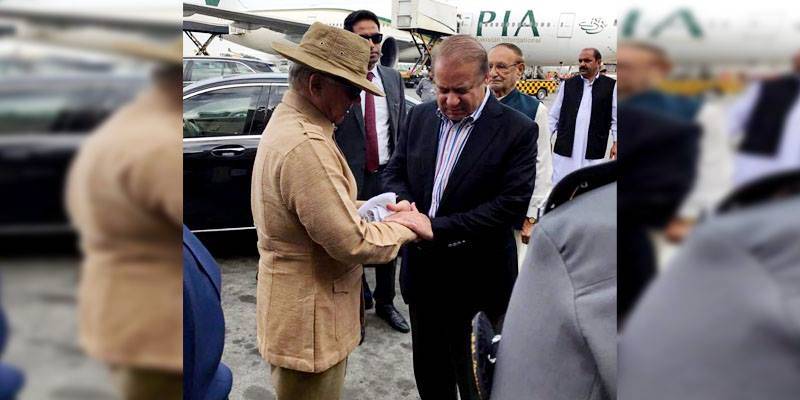 LAHORE - Former prime minister Nawaz Sharif on Wednesday departed for London today (Wednesday) to visit his ailing wife, while sources claimed that he will also celebrate Eidul Azha there.

Nawaz is travelling to London via flight EK-625 of a private airline en route to Dubai from Allama Iqbal International Airport.

Punjab Chief Minister Shehbaz Sharif was also present at the airport to see off his elder brother. 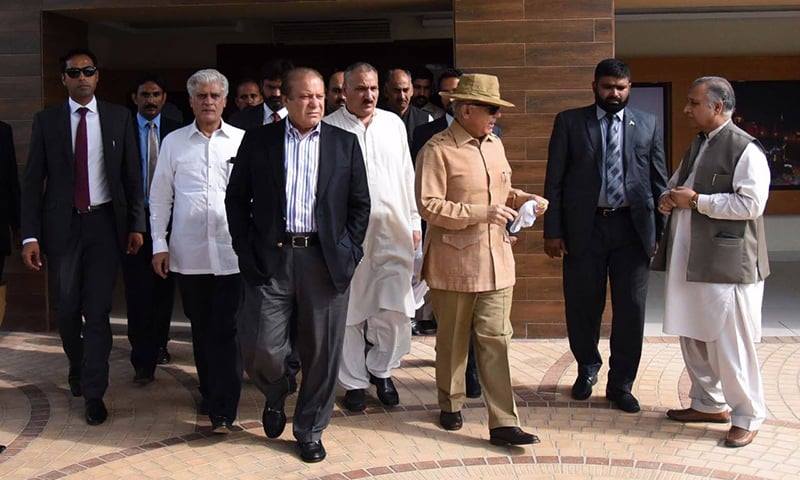 Begum Kulsoom Nawaz’s lymphoma treatment is yet to start as doctors wait for some essential scans and results. Doctors have said that Kulsoom’s ailment is curable and the “treatment shouldn’t be too complicated.”

The chemotherapy treatment will start later this week or the following week, depending on approval of the doctors.

Nawaz will reach London via flight EK-625 of a private airline, and is expected to stay there for ten days. Pakistan Muslim League-Nawaz (PML-N) will also conduct a rally in west London during his visit.

He is likely to return after Eidul Azha.

Maryam Nawaz disclosed last week that her mother Kulsoom was diagnosed with lymphoma, a cancer of the lymph nodes on the left side of her neck.

The former first lady flew to  London unexpectedly on August 17 for a medical checkup. She is PML-N’s candidate for NA-120.

Maryam, who is running her mother's campaign, also visited the constituency on Tuesday. Later in the day, she will inaugurate an election campaign office in the area.

Maryam’s husband, MNA Capt (retd) Safdar, is accompanying her during her visit to the constituency.