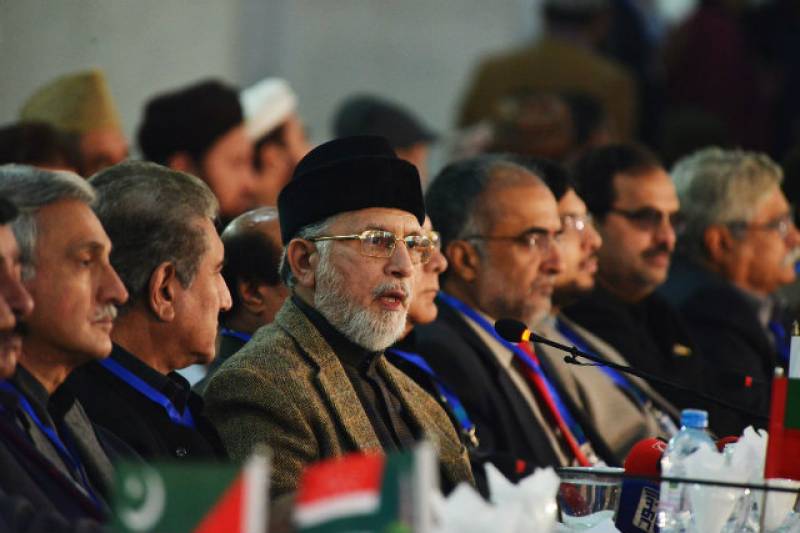 LAHORE - Opposition parties in Pakistan on Saturday set a deadline for top PML-N leadership in Punjab to resign in the wake of Justice Baqir Najafi findings into the 2014 killings of 14 PAT workers in Model Town.

Delegations of major political parties attended the All Parties Conference being held at the Minhaj-ul-Quran secretariat called by the Pakistan Awami Tehreek (PAT) over the Model Town incident inquiry report.

Addressing the joint press conference Dr Tahir-ul-Qadri told journalists that in case the January 7 deadline for the resignations of Punjab Chief Minister Shehbaz Sharif and Law Minister Rana Sanaullah is not met, their steering committee will announce the future plan of action on January 8, which may include sit-ins in Lahore or across the country. 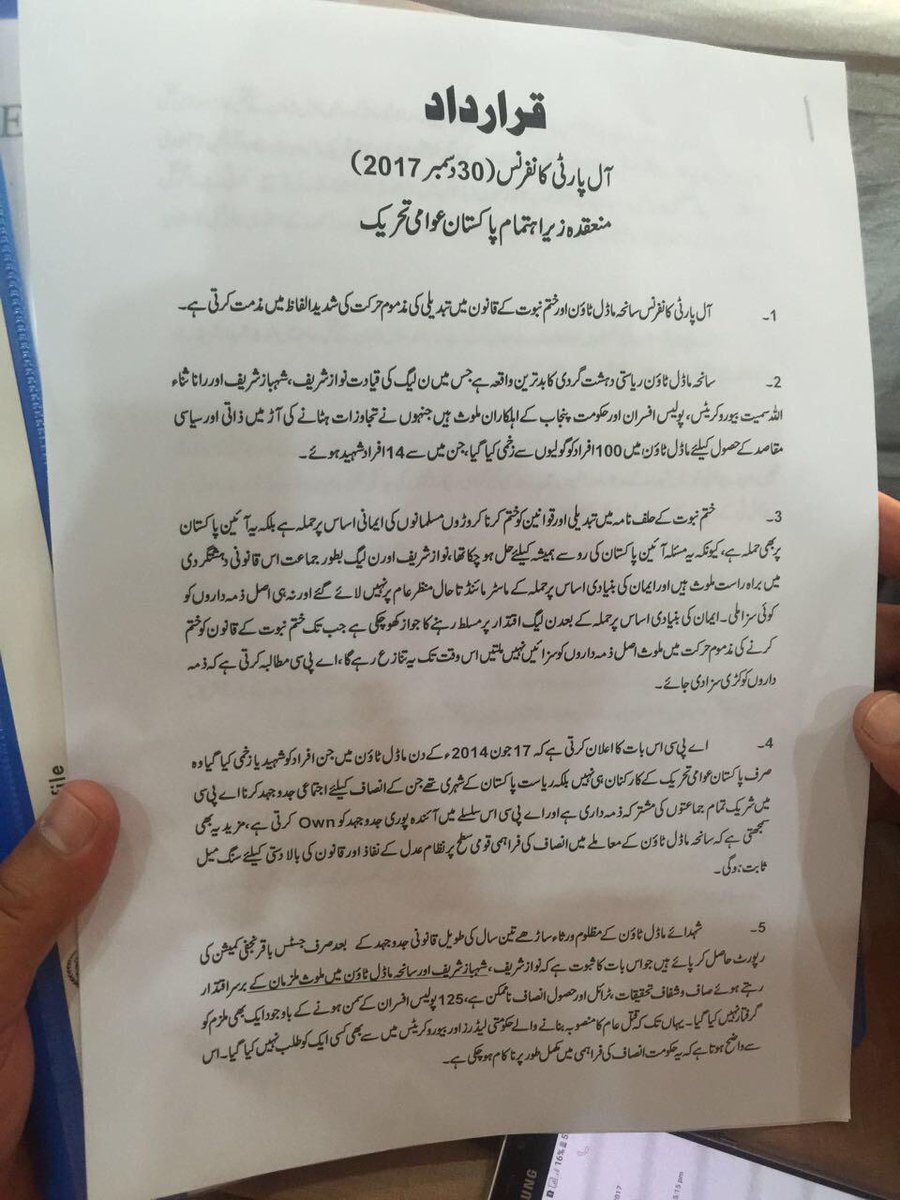 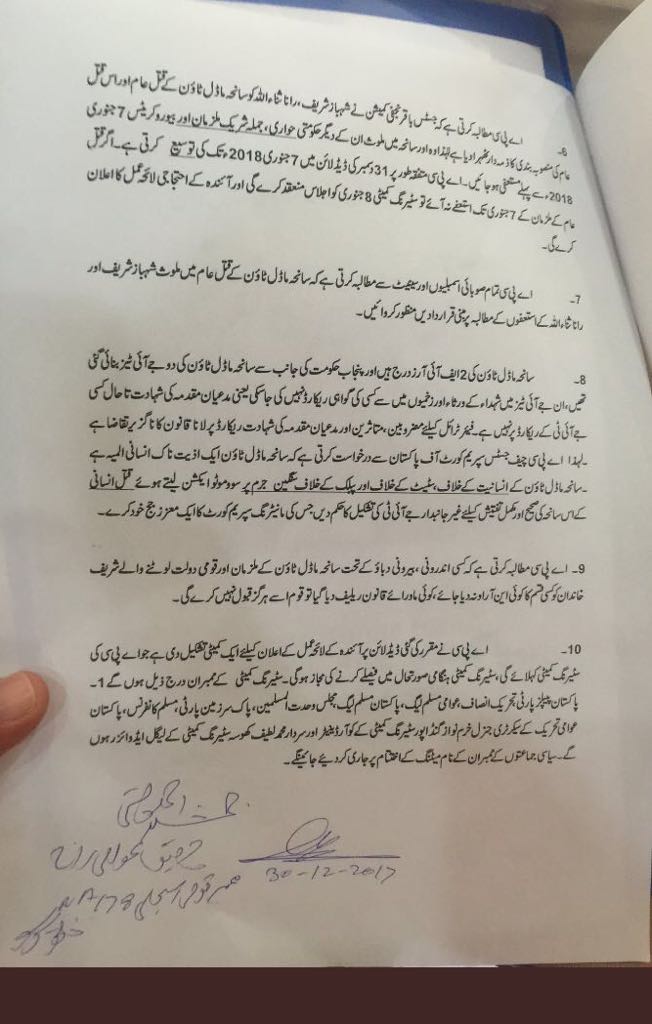 Earlier, in his address, Qadri said that it is not his doing that over 40 parties have come to the same table, but the political leaders have gathered to stand against oppression. "They have come together in support of the judiciary, the army, and other state institutions," he said, warning of protests if the PML-N leaders didn’t resign.

"The blood of the innocent people killed in the incident is what unites us today."

“The Sharifs ordered the police to open fire and then they tell us to go to courts for justice,” said the PAT chief, adding that there can be no justice till the Sharif brothers are power.

Slamming Nawaz Sharif and his party further, the cleric said the former premier's lifelong deeds led to his disqualification.

"Your character has been revealed in the Panama Papers case and now you are planning to run away and leave Pakistan, which is why you are seeking help from foreign powers, claimed the PAT chief while referring to the Saudi visit by the Sharif brothers.

Warning the incumbent government, Qadri said that they have the option to protest, conduct sit-ins or take other measures which are deemed necessary in their quest for justice.

Leaders from PSP, PPP, PTI, MQM, PML-Q and other parties will present a joint front against the government in protest against the 2014 Model Town tragedy in which 14 people were killed and scores injured.

Qamar Zaman Kaira, Rehman Malik, Manzoor Wattoo and Latif Khosa are representing the PPP, while delegations of Pakistan Muslim League-Q (PML-Q) and Jamiat Ulema-e-Islam (JUI-F) have are also present at the conference.

Qadri has stepped up demands for the resignation of Punjab Chief Minister Shehbaz Sharif and Law Minister Rana Sanuallah after the release of the Model Town inquiry report prepared by Justice Baqir Najfi commission.

PTI and PPP have meanwhile assured PAT of support for getting justice for the victims of the incident.

The incident on June 17, 2014 claimed lives of at least 14 people and left over 100 others injured during an 'anti-encroachment operation' by Punjab Police outside Idara Minhajul Quran in Lahore's Model Town.

On December 5, the Punjab government on Lahore High Court's orders had made the report of the Model Town incident public. The inquiry report said that police tried to cover up the facts regarding who gave orders to open fire on protesters.

It added that no legal opinion was sought from the Punjab advocate general prior to the start of the operation.