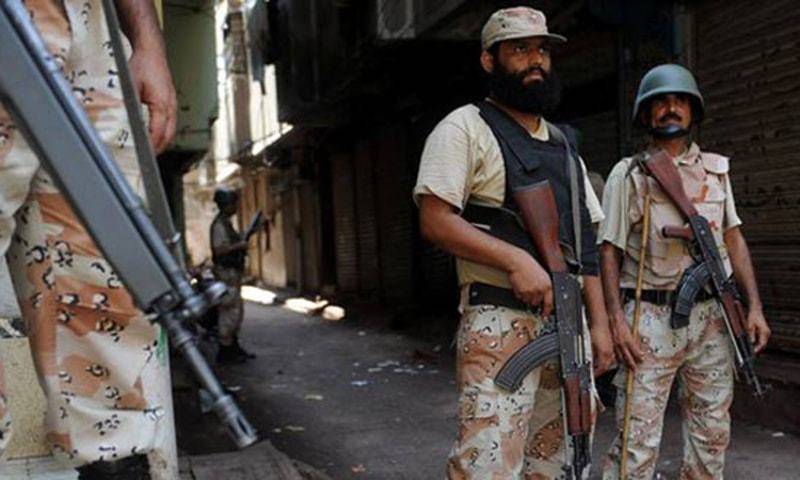 LARKANA -  A Rangers soldier was martyred and five others were left injured on Saturday morning when a blast targeting one of the paramilitary force's vehicles took place at Larkana’s Mirokhan Chowk.

The injured were rushed to Chandka medical hospital, where one of the wounded soldiers succumbed to his injuries.

According to preliminary investigations, a time-device was planted in a cycle parked on the roadside. Further investigations are underway while Rangers have condoned off the area and started search operation.