Swag Goals: Sheikh Rashid's matchbox has his photo on it 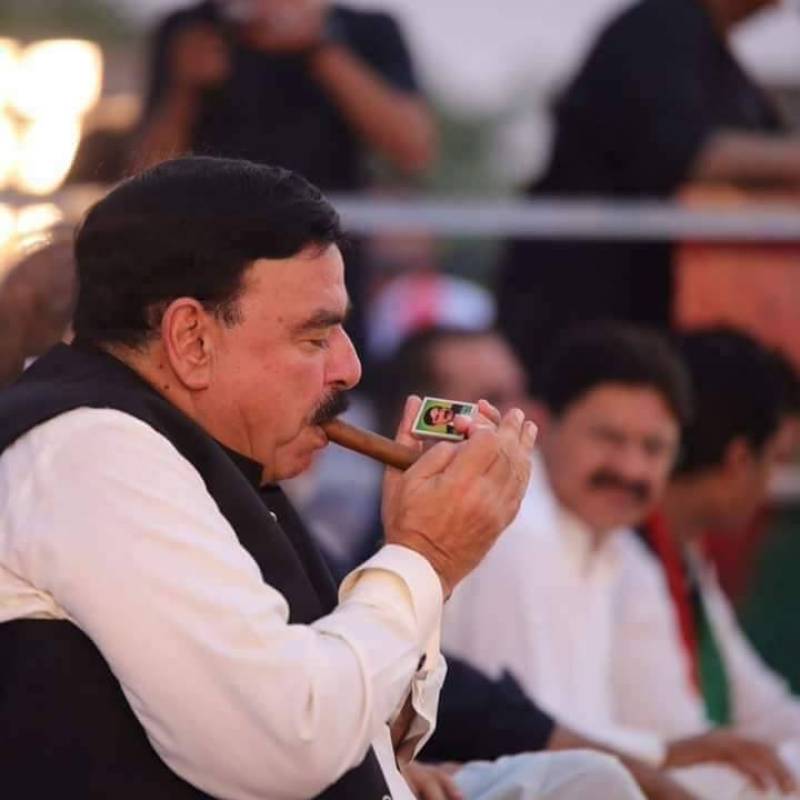 With other PTI’s prominent leaders, renowned politician and MNA, Sheikh Rashid Ahmed was also present on the stage. While Sheikh Rashid lighting a cigar, a cameraman saved an image that showed a matchbox in his hand contained his own photo on it. 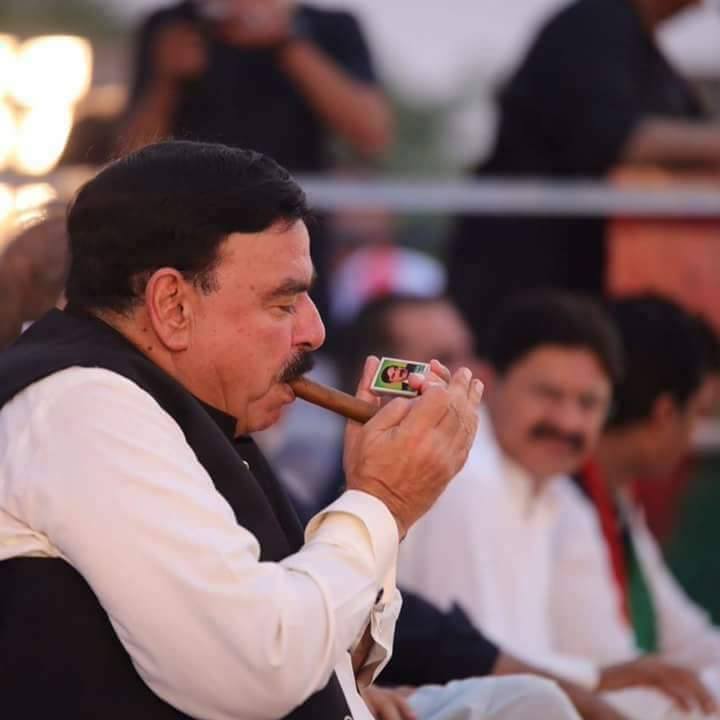 Pakistan Tehreek-e-Insaf has proposed the name of Sheikh Rashid Ahmed, the chief of Awami Muslim League, as an opposition candidate in the August 1 election for the successor of Nawaz Sharif who was disqualified by the Supreme Court on Friday from holding any public office.