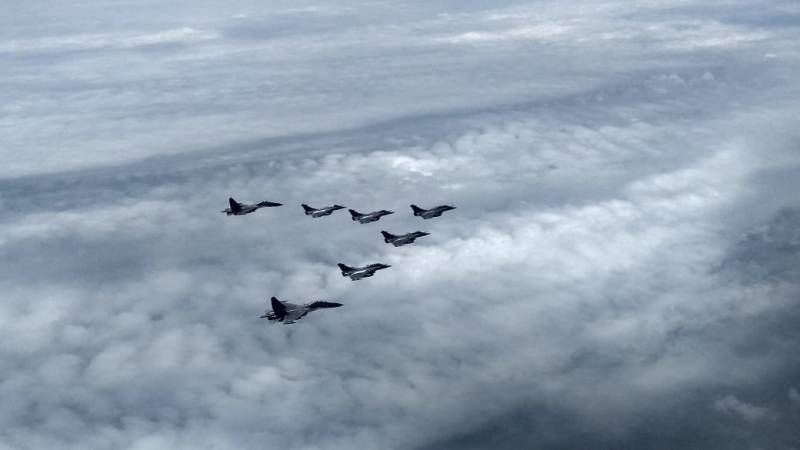 ISLAMABAD – Pakistan on Thursday expressing concern over India acquiring a new fleet of Rafale jets warned that such nuclear-capable systems could lead to an arms race in South Asia.

"The transfer of advanced systems, where there is an open intention of conversion into nuclear delivery platforms, calls into question the commitment of international suppliers to non-proliferation commitments," the Foreign Office Spokesperson said, here at a weekly press briefing.

The first batch of five French-made Rafale fighter jets arrived at an Indian Air Force (IAF) base in Ambala on Wednesday, following which India's Defence Minister Rajnath Singh tweeted that "If anyone should be worried about or critical about this new capability ... it should be those who want to threaten our territorial integrity." Spokesperson Aisha Farooqui said it was disturbing to note that India continued to a mass military capabilities beyond its genuine security requirement.

The FO Spokesperson said India was continuously enhancing its military capability beyond genuine security requirement and asked the world community to "dissuade India from its disproportionate arms build-up".

"While remaining opposed to any arms race in South Asia, Pakistan cannot remain oblivious to these developments and remains confident of its ability to thwart any ill-considered act of aggression," she stressed.

She said according to credible and reputable international research institutes, India was now the second largest arms importer in the world.

"India has nuclearized the Indian Ocean and continues to increase the readiness of its arsenal through measures such as canisterization of missile systems," she added.

NEW DELHI - The first batch of five Rafale fighter jets arrived at an Indian air force base from France on ...

She said Pakistan had been consistently highlighting the risks of massive Indian arms buildup as well as their offensive security doctrine and force postures, which were adversely affecting strategic stability in South Asia.

"This arms buildup is being aided and abetted through a policy of exemptions, waivers and supply of advanced equipment, technology and weapons for narrow commercial interests," she said.

Farooqui said such arms transfers also violated the objectives of various export control regimes on preventing destabilizing accumulations of arms in various regions including with outstanding conflicts and disputes.

"The world is already a witness to the bellicose and irresponsible rhetoric by the BJP (Bharatia Janta Party) government in pursuit of a revisionist agenda in the neighbourhood," she said.

On Pakistan's part, she said "we remain open to consideration of measures for crisis management, risk reduction, and strategic restraint." On situation in Indian Illegally Occupied Jammu and Kashmir (IIoJ&K), the Spokesperson said Kashmiris suffered continued subjugation and brutalization on 360th day following the revoking of special status of the Valley on August 5 last year.

She mentioned that ceasefire violations on the Line of Control and the Working Boundary, targeting civilian populated areas with artillery fire, heavy-caliber mortars and automatic weapons continued unabated.

This year alone, India has committed 1823 ceasefire violations to date, resulting in 14 martyrdom and 138 seriously injured, she added.

"Imposition of restrictions on prayers on one of the most important days of the Islamic Calendar represents complete disrespect by the Indian government for the sentiments of the Muslims of IIoJ&K," she said.

She said Indian authorities were using COVID-19 related restrictions as a pretext to curb religious freedom of the Muslims of IIoJ&K.

"Pakistan urges the international community, the United Nations, and human rights and humanitarian organisations to take notice of glaring denial of the religious rights and freedoms of the Kashmiri people in violation of international laws and conventions," she said.