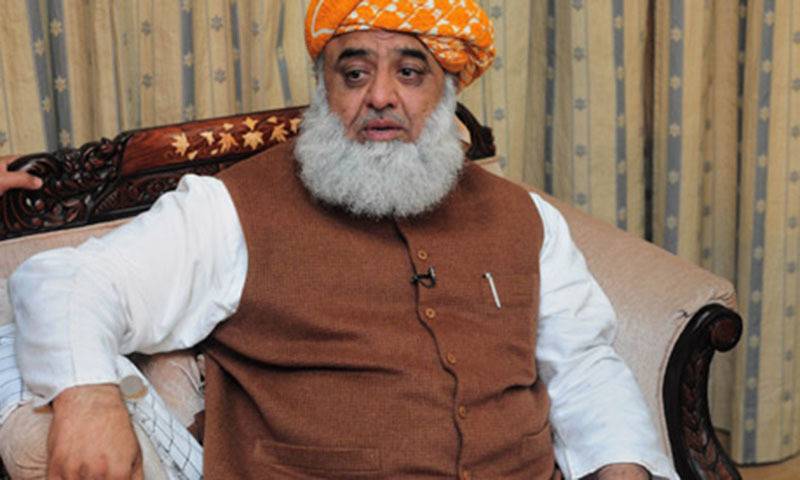 ISLAMABAD (Staff Report) - Jamiat Ulema-e-Islam (Fazl) chief Maulana Fazl-ur-Rehman said that the drafting of Terms of Reference (ToRs) for the judicial probe into the Panama leaks was not a big issue. He also blamed the opposition for not sincerely trying to resolve the issue.

In an interview, he said the opposition was not addressing the government's suggestions in the parliamentary committee formed earlier to finalize ToRs for the judicial probe into the Panama leaks.

Fazal-ur-Rehman urged the parliamentary committee to formulate Terms of Reference within parameters of the Constitution.

He said that Prime Minister Muhammad Nawaz Sharif had presented himself for accountability even though his name had not been mentioned in Panama Papers.

He said that the Pakistan Tehreek-e-Insaf (PTI) had double standards regarding accountability, adding that its politics of sit-ins had weakened democracy in the country.

On the occasion, he also prayed for early recovery of Prime Minister Muhammad Nawaz Sharif, who is in London to undergo open-heart surgery.