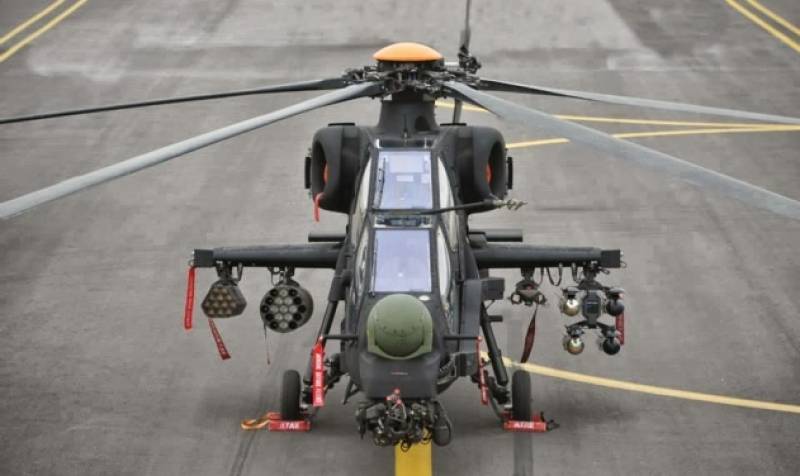 ISLAMABAD/ANKARA - Pakistan and Turkey have agreed on the sale of a batch of 30 Turkish-made T129 ATAK multirole combat helicopters.

The T129 is Turkey’s first locally manufactured platform under license. The T129 features a tandem seat cockpit, twin-engines and NATO-interoperability for attack, armed reconnaissance, precision-strike and deep-strike mission capabilities for day and night in all weather conditions.

It can be armed with anti-tank missiles, various rocket pods and has a nose-mounted chaingun. 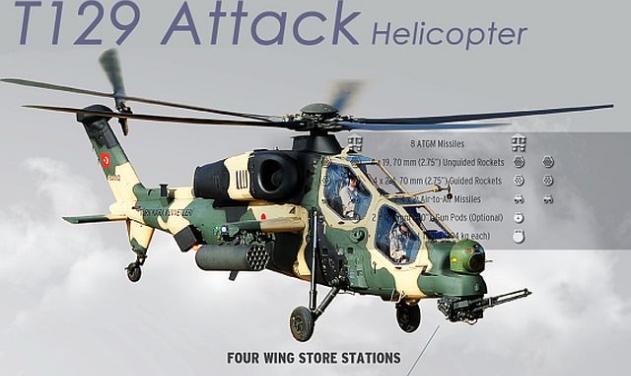 According to a political manifesto unveiled by Turkish President Recep Tayyip Erdogan, Pakistan and Turkey recently agreed on terms on the largest ever defence contract signed between the two countries.

The two countries have been negotiating a T129 deal since 2014. This is the first export contract for the helicopter.

Turkish Aerospace Industries, or TAI, maker of the T129 under license from the Italian-British AgustaWestland, has so far delivered 35 T129s to the Turkish Army and the Gendarmerie force.

With the Pakistan Army having already ordered 12 US-built Bell AH-1Z Vipers, it had since 2014 been testing the Chinese-built Z-10 the Turkish-made T129 since 2016.

“Army Aviation has plans to further enhance its attack helicopter fleet, and various options are currently being considered and evaluated,” Gen Shah said on January 31 at the IQPC Military Helicopter conference in London.

“The [current 32] AH-1 helicopters have provided effective close support for our ground forces engaged in counter-insurgency [COIN] operations, but they cannot be employed effectively in high-altitude operations above 8,000 ft,” he added.

Before the deal, the T129 went through various tests in Pakistan. Most recently, the T129 was showcased at a March 23 military parade for Pakistani National Day.

The Turkish government has not disclosed a price for the T129 deal with Pakistan, but aerospace industry sources estimate the contract to be worth about $1.5 billion, almost equivalent of Turkey’s annual defense exports.