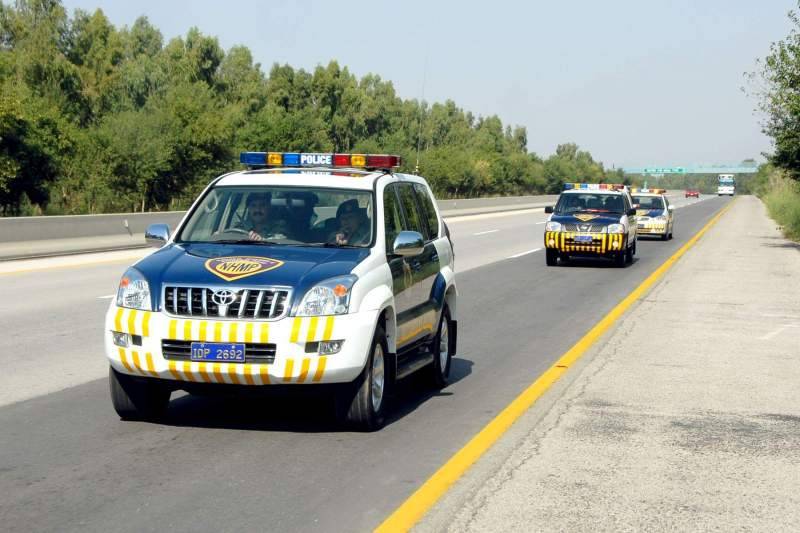 RAWALPINDI – As many as two people were injured after motorway police officials opened fire at a passenger bus on motorway near Taxila interchange on motorway.

A video circulating on social media shows the officials were chasing a silver coloured bus travelling from Peshawar to Islmabad and signalling the driver to stop. The scene was captured by a citizen travelling on the M2.

Ignoring the police party, the driver continued to driving and at one point near Taxila interchange he reduced the speed, apparently, surrendering to the officials.

Posted by Daily Pakistan Global on Wednesday, May 30, 2018

As the police vehicle came closer to the bus, the driver sped away exiting the motorway when the security official opened fire on the bus. The sounds of firing can also be heard in the video.

Later, the driver stopped the vehicle when a passenger came out of the bus drenched in blood. The conductor of the bus also injured in the incident. Both victims have been identified as Gulfraz Khan and Shafiq.

The motorway police had, earlier, claimed that there were smugglers in the bus and the opened fire in retaliation.

Taking notice of the incident, the motorway police inspector general has suspended two officials named Shahid Gul and Aitzaz. An inquiry has been initiated to trace the facts.