'Are you a rascal': CJP Nisar chews GB minister out for manhandling airport official 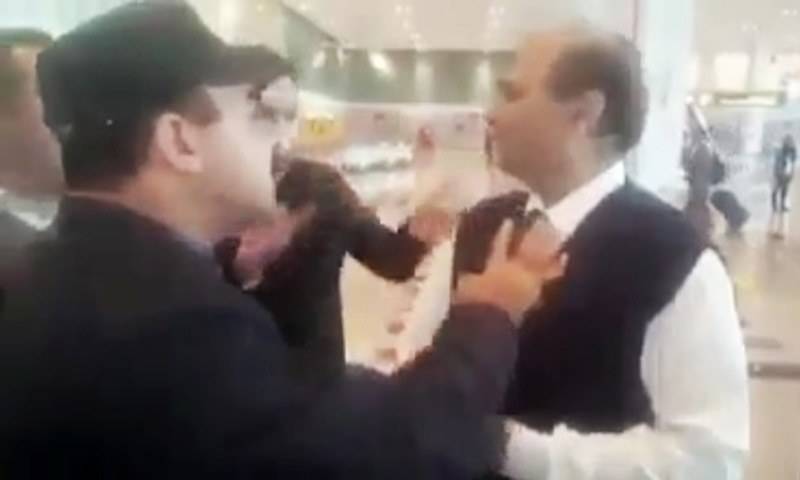 During the hearing of the case on Friday, Hussain appeared before a three-judge Supreme Court bench where he was directed by the top judge to submit a written apology for his conduct.

The chief justice had taken notice of alleged misbehaviour on Nov 16 after Hussain was caught shoving an official at Islamabad International Airport and burning his own luggage in protest against a delay in his flight.

Justice Nisar, who is heading the bench also summoned Islamabad police chief Amir Zulfiqar Khan so that a case could be registered against Hussain.

The top judge also admonished the Inspector General of Police (IGP), asking him why he hadn't appeared in court since he was transferred to the post on Nov 2.

"Leave your pride and arrogance at home when you arrive here, this is a court," the top judge observed.

CJP Nisar then informed the police chief that misconduct had taken place at the airport and asked him what action had been taken.

Upon this, IGP Khan told the chief justice that the incident falls under the jurisdiction of Punjab police to which Justice Nisar asked, "Where is the attorney general Punjab?"

Pakistan’s minister tourism GB Fida Khan promotes tourism by lighting fire and agitating at the isd international airport you should be arrested for this . We all face delays but that does not mean we harass the staff and spread terror by lighting fire shame on you pic.twitter.com/4o2DQOYh0E

The CJP said that the court would hear the issue as a suo motu case directing the attorney general Punjab to look into the matter.

Prior to the IGP's arrival in court, the CJP scolded Hussain and ordered the video of the incident to be played in the courtroom.

"Did you push the airport official?" the judge questioned the minister before wondering whether he was educated?

The minister admitted that he had pushed the airport official.

"Were you in your senses at the time?" CJP Nisar asked, inquiring how Hussain had dared to interfere with official affairs.

Admitting that he had pushed the official, Hussain contended that it was not due to ill intentions as there is a story behind it.

"Is this how one behaves when a flight is delayed?" Justice Ijazul Ahsan asked the minister.

The CJP went a mile more and asked the minister: "Are you a rascal? Do you have no shame over pushing the airport official?"

Mian Saqib Nisar remarked that a poor man had been mocked.

Upon this, Hussain responded that he was ashamed of his actions and asked the court to forgive him.

However, the chief justice said the minister would not be granted forgiveness and that a case would be registered against him immediately.