Like Balochistan, I am too a victim of this terrorism: says tearful Bilawal 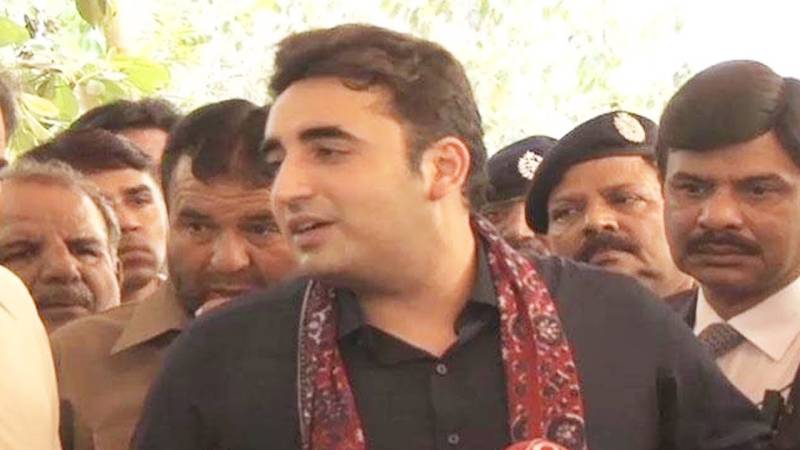 QUETTA - Pakistan People’s Party Chairman Bilawal Bhutto Zardari on Sunday visited civil hospital Quetta to inquire after the health of those who were injured in a terrorist attack on police training centre.

At least 62 law enforcement personnel were martyred and about 120 others injured when militants stormed Police Training Centre in Quetta last week.

“My family and people of Balochistan share the same pain, I’m also a victim of terrorism," the tearful PPP chairman said while speaking to reporters.

"I met people inside. Ten are injured and recovering. They said their treatment is underway. But that they can get better treatment in Karachi... In my personal capacity, I will see that they get help from the Sindh government."

"The Prime Minister has no vision," he said.

He also lashed out at interior minister Chaudhry Nisar Ali Khan, claiming that adequate measures were not taken to root out terrorism.

“Chaudhry Nisar was silent when it was time to speak out against terrorists. We saw our minister holding photo session with Taliban,” he said.

About Imran Khan’s Islamabad lockdown plan, he said the PTI chief “wants to be a puppet.”

"Unfortunately, he is not the professional and legend that he used to be. Without support, without the umpire’s signal, he cannot start a movement."-Online