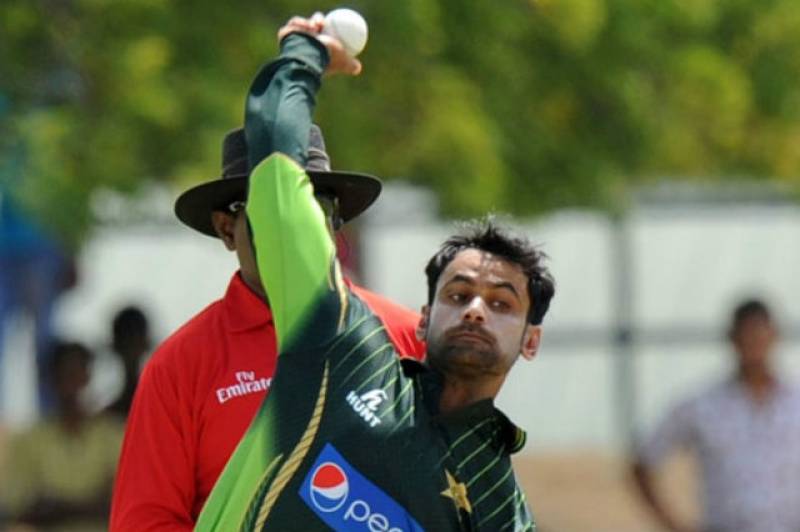 The off-spinner was reported for suspected action in the Pakistan and Sri Lanka series in the United Arab Emirates. He will undergo the test on November 1.

Before leaving for England, Hafeez wrote on his Twitter account that he was very confident to clear his test as he has een bowling with same remodelled action since he got cleared from International Cricket Council (ICC). "Keep me in your prayers and all will be fine," he further wrote.

Going to Uk for Test of my bowling action , IN SHAA ALLAH M very confident to get clear this test , as I m bowling with same remodelled bowling action since I got cleared by ICC , keep me in ur prayers & all wil be FINE , AAMEEN

This is not the first time that his bowling action has come under scrutiny. He was first reported for suspect action in 2014. In July 2015, he was banned from bowling in international cricket for 12 months after his action was found to be illegal for a second time since November 2014.

LAHORE - Pakistan all-rounder Mohammad Hafeez has been reported for suspect bowling action during the third ODI, which ...

However, he returned to bowling in 2016 after passing the test in Brisbane lab.

Before Hafeez, Pakistan’s ace spinner Saeed Ajmal was also suspended for an illegal bowling action. He too returned to international cricket after clearing his action in 2016.