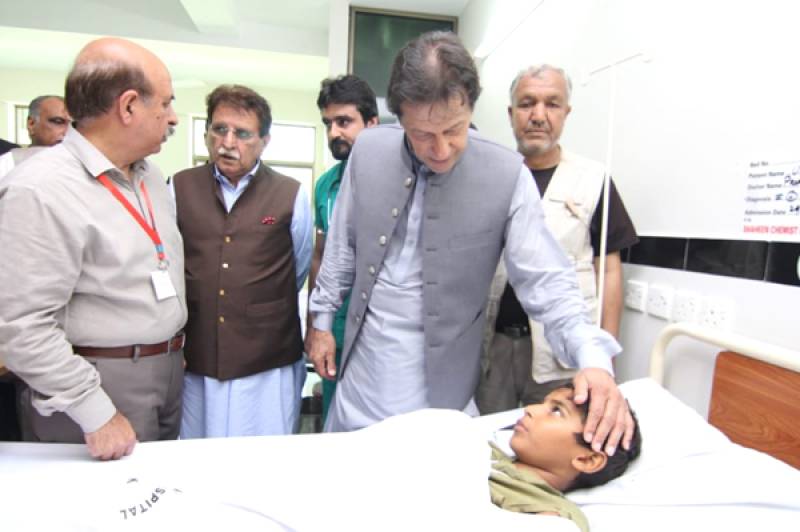 MIRPUR – Prime Minister Imran Khan on Monday visited earthquake-hit Mirpur city of Azad Jammu and Kashmir and reviewed the ongoing relief and rehabilitation activities, carried out by AJK Government with the coordination of Pakistan Government.

He visited Mirpur Divisional Headquarters Hospital to enquired after the well-being of those injured in September 24 earthquake that jolted Mirpur city and adjoining areas.

The premier went around the hospital and enquired after health of the victims of the catastrophe and expressed sympathies with them besides assuring optimum healthcare facilities for their early recovery.

Speaking during his visit to District Hospital Mirpur, PM Imran said a package is being prepared for the rehabilitation of earthquake affected people of Azad Kashmir. He assured to take immediate and every possible steps for the quake victims.

Imran Khan said he wanted to visit the quake affected areas at the earliest but he faced delay in his return from the US.

Earlier, a meeting chaired by Prime Minister Imran Khan was also briefed about the deaths and damages caused by earthquake in Azad Kashmir. The meeting was also informed about the relief measures and the strategy for rehabilitation of quake victims.