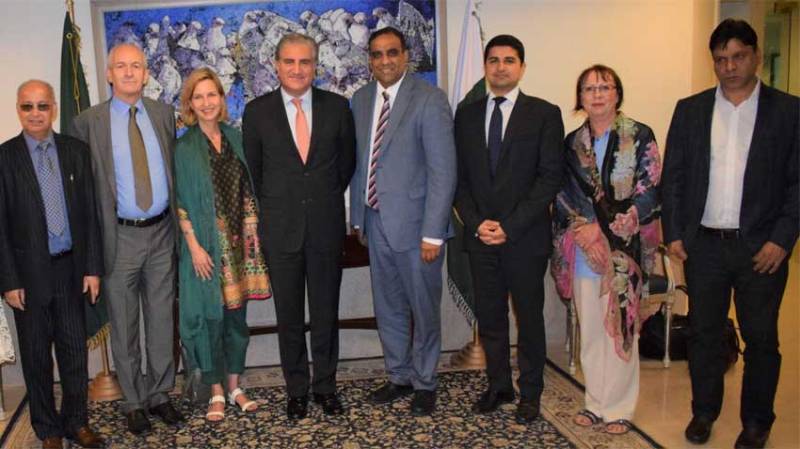 ISLAMABAD - Foreign Minister Shah Mahmood Qureshi has stressed upon the need for consistent efforts to build upon the current momentum and sensitize the international community regarding the deplorable situation of human rights in Occupied Kashmir.

He was talking to a 10-member delegation of European Parliamentarians in Islamabad, the Radio Pakistan reported.

He said successive reports by the Office of High Commissioner for Human Rights, the UK Parliament’s All Parties Parliamentary Kashmir Group report, as well as the hearing by European Parliament’s Sub-Committee on Human Rights in Brussels,  lent credence to Pakistan’s stance on the Jammu and Kashmir dispute.

The foreign minister appreciated the efforts of European MPs, Pakistani and Kashmiri diaspora and those involved in raising the issue of gross human rights violations in occupied Kashmir in Europe and beyond.

Meanwhile, during an interaction with the media in Islamabad, Members European Parliament has urged India to come on table for dialogue to resolve Kashmir dispute according to aspiration of Kashmiri people.

The MEPs said they would give feedback to the European Parliament after assessing the situation on the ground so that a collective voice could be raised to resolve the Kashmir issue.