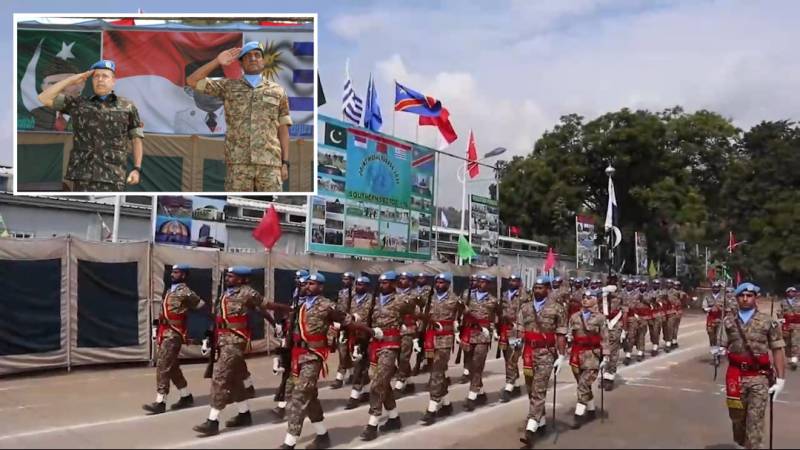 KINSHASA – Pakistan Army organised the multinational joint medal parade for the award of the UN’s medal in recognition of the services and humanitarian efforts rendered by peacekeepers, the military media wing said Saturday.

ISPR further added that “Units from China, Indonesia and Uruguay also participated along with Pakistani contingent while unarmed combat drills, cultural shows and the display of military bands were also part of the event to promote multi-national culture in the UN environment”.

“Pakistani peacekeepers, keeping alive the tradition, have always distinguished themselves while undertaking challenging tasks of peacekeeping in conflict-torn areas. The conduct of the event has been commended by the mission headquarter, Force Commander and UN hierarchy”, the PR further reads.