Pakistan proud of its contribution to UN peacekeeping in six decades 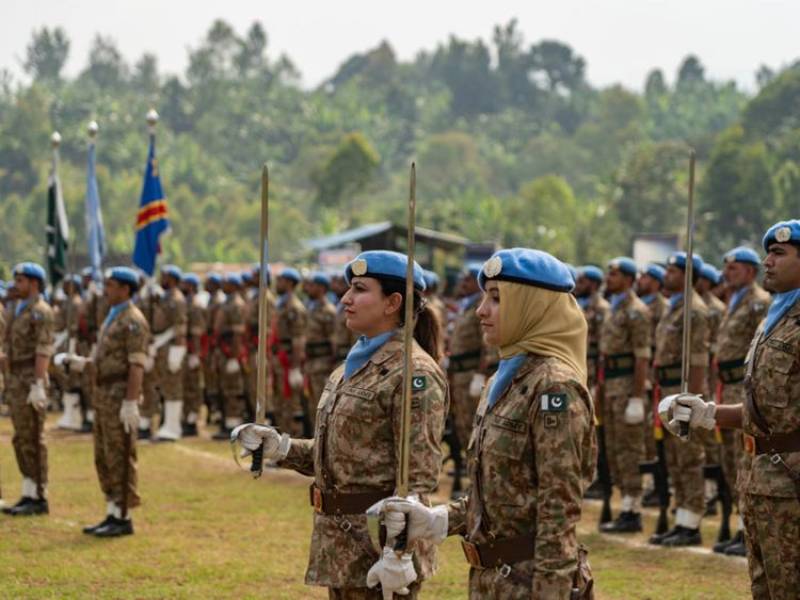 ISLAMABAD – On International Day of United Nations Peacekeepers, Pakistan has reaffirmed its commitment to ensuring that peacekeeping remains an effective mechanism for maintaining peace, security and stability in the world.

"As one of the top troop-contributing countries, Pakistan deeply values the vital role played by "blue helmets" in maintaining security and stability in many conflict-ridden areas around the world," the Foreign Office spokesperson said in a statement on Saturday.

Pakistan salutes the services and sacrifices rendered by UN peacekeepers and reiterates its commitment to continue working with the United Nations for advancing the shared ideals of peace, stability and cooperation, he added.

The FO spokesman further said that Pakistan is proud of its longstanding and consistent contributions to UN peacekeeping spanning over six decades.

"Since 1960, over 200,000 of our servicemen have served with honour and valour in 46 UN missions in 26 countries in almost all continents of the world," the spokesperson remarked.

As many as 157 peacekeepers have sacrificed their lives in the line of duty for the cause of international peace and security, according to the FO statement.

The United Nations honoured at a virtual ceremony 129 military, police and civilian personnel from 44 countries, ...

A team of Pakistani officers is presently serving as the first all-female group from Pakistan in a UN peacekeeping mission, deployed in the Democratic Republic of Congo, providing a range of resources to the region including psychologists, stress counsellors, vocational training officers, gender advisors, doctors, nurses, operations officers, information officers, and logistics officers.

The South Asian country brings a unique perspective to peacekeeping, not only as a leading troop contributing nation, but also as the host to one of the oldest peacekeeping missions in the world, the UN Military Observer Group in India and Pakistan (UNMOGIP).