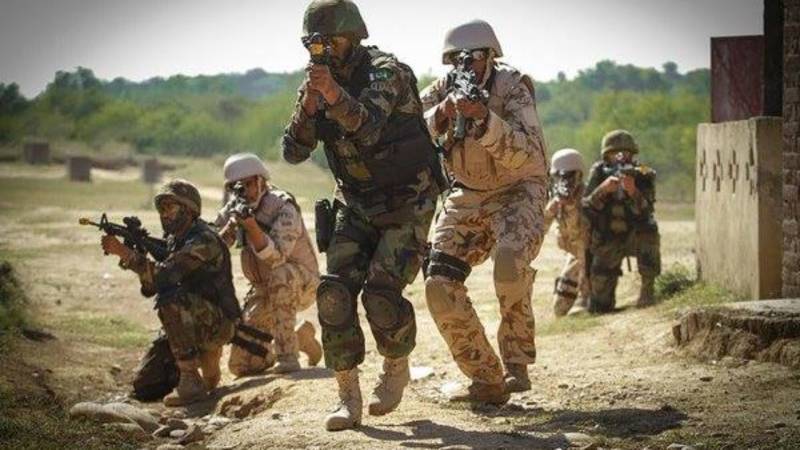 RAWALPINDI - A Pakistani soldier was martyred on Saturday during an intelligence-based operation (IBO) conducted on Balochistan Liberation Army's (BLA) hideouts in Kabu area of Mastung, Balochistan, according to a statement issued by Inter-Services Public Relations (ISPR).

During the exchange of fire, one terrorist was also killed and two were injured, the ISPR statement said, adding that a large quantity of arms and ammunition were also recovered.

The military's media wing said that another IBO was conducted in Shararah Algad, North Wazirstan Agency as part of the ongoing nationwide Operation Radd-ul-Fasaad, leading to the recovery of more heavy weaponry.

In August 2017, the army had announced an increase in its IBOs in Balochistan targeting BLA hideouts. Since then there has been a marked reduction in attacks on security forces.