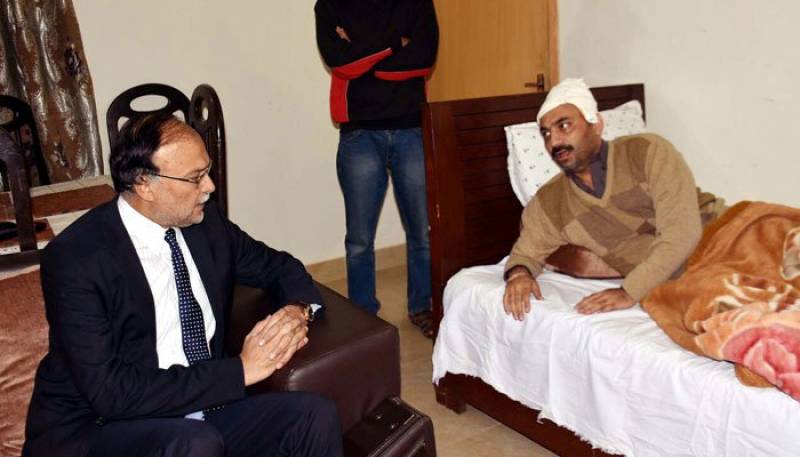 ISLAMABAD - Interior Minister Ahsan Iqbal visited journalist Ahmad Noorani on Tuesday to inquire about his health assuring that he was personally supervising the investigation of the attack.

The interior minister was accompanied by Prime Minister's Adviser Irfan Siddiqui as he arrived at the residence of the journalist in the federal capital.

The interior minister said that the latest tools were being utilised to aid the investigation process into the assault by unknown attackers.

The initial report of the attack on Noorani was submitted to the Interior Ministry, although no one has been identified as yet, Geo news reported.

According to the report, the attackers were trained to the extent that they expertly hid their faces from CCTV cameras of the Safe City Project along the way.

The report, however, mentioned that the picture of one of the attacker was available, which can be identified.

ISLAMABAD - Veteran reporter associated with 'The News', Ahmad Noorani, was assaulted by unidentified assailants in ...

It also recommended the Intelligence Bureau and Federal Investigation Agency for geofencing.

Ahmed Noorani, a senior reporter for 'The News' was intercepted by motorcyclists on Oct 28 near Zero Point Interchange while he was on his way home from Rawalpindi.

The men severely beat up Noorani and his driver with iron rods and a knife after taking out the keys from the ignition switch.

The assailants fled the scene as soon as passersby started gathering at the spot.