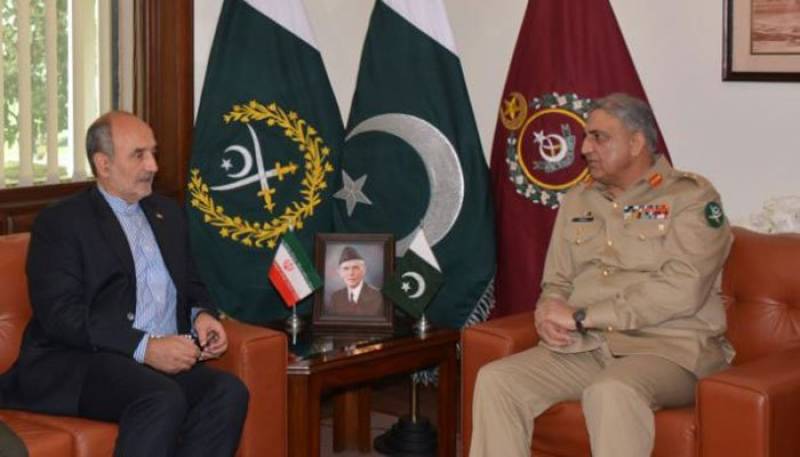 Inter Services Public Relation (ISPR) issued a statement revealing the agenda of the bilateral meeting. According to the statement, the focus of meeting remained on the regional security, Pak-Iran border management, visits and exchanges in the defense realm.

"The visiting dignitary acknowledged and appreciated Pakistan Army’s contributions to peace and stability in the region and pledged to keep working for better relations between two brotherly countries", the ISPR statement said further.

Historically, Iran and Pakistan enjoyed good friendly relations. Iran was quick to reach out to the newly created state in 1947, Mohammad Reza Pahlavi, the Shah of Iran, was the first head of a foreign country to visit Pakistan. The two countries enjoyed good relations from 1947-1979.

The nature of relations, between the two states, changed with the Iranian revolution in 1979. until 1979, there were no sectarian clashes amongst the two countries. However, after 1979, the sectarianism started to prevail.  After the revolution, Pakistan began to drift away from Iran to Arab countries of the Middle East.