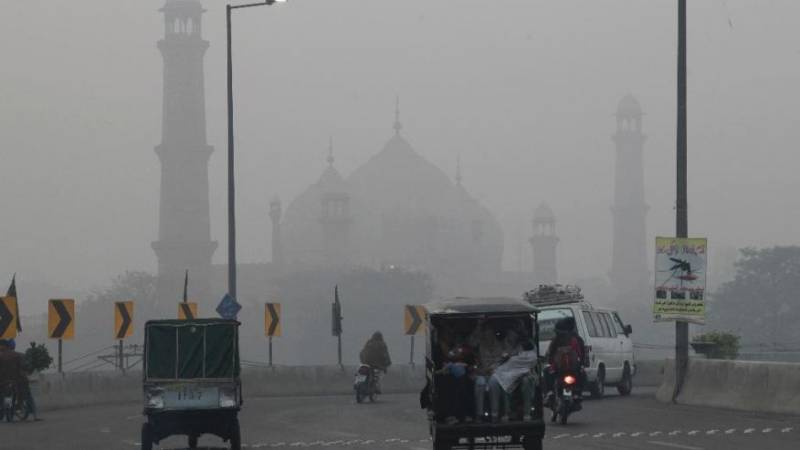 LAHORE - A blanket of smog which had been hovering over Lahore in the last few days thickened on Tuesday, causing thousands to complain about breathing problems, eye irritation and reduced visibility on roads.

The Met Office has released a weather warning describing the smog — comprising nitrogen oxide, carbon monoxide, sulphur dioxide and other aerosols — as a result of cold high pressure in the upper atmosphere.

The office states that suspended matter accumulates in the lower atmosphere, colliding with water vapour which causes a chain reaction that produces smog. 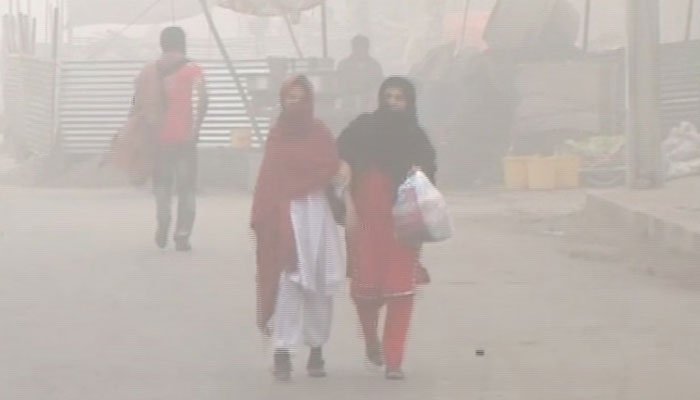 The Met Office said this weather condition is likely to persist until the rainfall and advised people to pray for rains.

People may experience eye irritation, respiratory problems and skin irritation. Road and air traffic could be affected due to low visibility, the Met Office has said.

Urban areas were worst hit by smog in winter, said Nasimur Rehman, an Environmental Protection Agency (EPA) official who used to be based in Lahore.

The situation is particularly bad at Yateem Khana Chowk, Azadi Chowk, and the busier traffic junctions in the city. “The World Health Organisation (WHO) has set the benchmark for the suspended particulate matter at less than 150 micrograms per cubic metre. In these areas, it can exceed 270.” 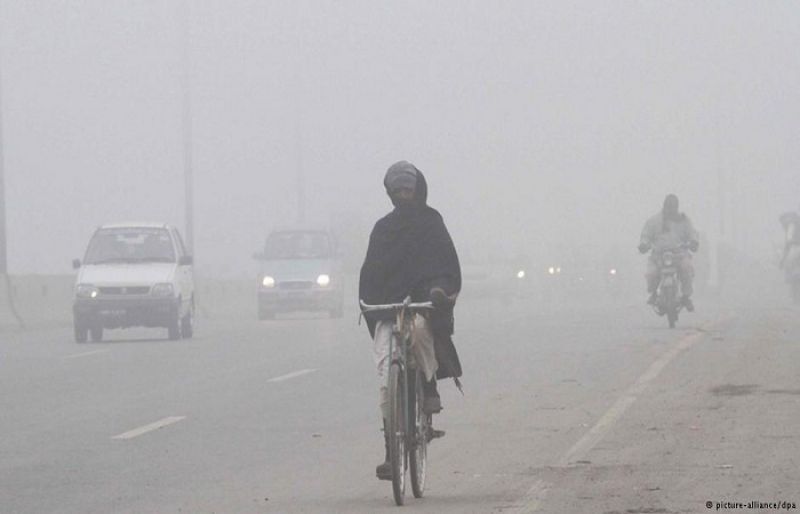 Long hours of traffic jams, especially on the main arteries of Lahore, including The Mall and the Canal Road, can trigger a smog situation. Mr Rehman added that factories, inside and around the city, also aggravated pollution levels. “Especially when they end up burning rubber for fuel because of a shortage of availability of natural gas.”

Smog, also known as ground-level ozone, is a thick yellowish black fog which suspends in the air.

It is caused when air pollution, emissions and fumes combine with fog and sunlight, forming a thick layer of smoke-like film in the atmosphere. According to experts, emissions from factories and cars result in high levels of sulphur dioxide, nitrogen oxide and carbon monoxide, the three main gases that contribute to dangerous levels of air pollution.

The Met Office has released a weather warning describing the smog — comprising nitrogen oxide, carbon monoxide, sulphur dioxide and other aerosols — as a result of cold high pressure in the upper atmosphere. Suspended matter accumulates in the lower atmosphere, colliding with water vapour which causes a chain reaction that produces smog.

People may experience short-term skin and respiratory conditions such as eye irritation, coughing, throat/chest irritation and skin irritation as a result of smog.

Health experts recommend artificial tears for eyes as one way of dealing with smog. The public is also advised to adopt preventative measures such as avoiding the outdoors and using face masks when going out, especially young children, elderly and patients.

Dr Awais of Mayo Hospital’s ENT Ward said most patients had visited the hospital on Wednesday complaining of severe breathing problems. “We suggest that people, especially those on motorcycles, cover their noses and mouths and wear protective glasses and helmets.”