Bakhtawar all set to replace Bilawal in politics 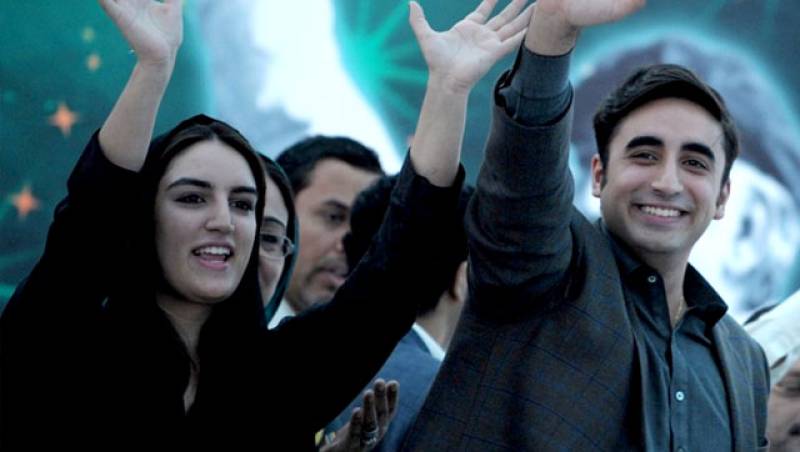 ISLAMABAD ( Web Desk) – When Pakistan People’s Party Chairperson Bilawal Bhutto Zardari is spending his days in London over difference with his father, former President Asif Ali Zardari, his sister Bakhtawar Bhutto is all set to take over a key position in the party after she will be politically launched on 36th death anniversary of Zulfikar Ali Bhutto, reported Hindustan Times.

Bakhtawar would be one of the key speakers at the anniversary scheduled to take place in next week. “She is being prepared by the senior party leaders for her new role in the party,” the newspaper quoted Sindh’s provincial minister Sharjeel Memon.

The newspaper however said that Memon refused to comment on the rifts among Bilawal and former president.

The report further said that the younger Bhutto, who was seen as the political heir to Benazir Bhutto, left Pakistan in 2014 after he was not allowed to make changes in the party high command.

Bilawal is said to have tried to make changes in the party including removal of some key office bearers who were seen to be close to his father, Asif Zardari because of the allegations of wide scale corruption, according to the Indian daily.

In the meantime, Bakhtawar is being readied for a bigger party role. She addressed a ceremony in Bilawal House this week and was seen distributing compensation cheques among victim families of two separate bomb blasts. She spoke on the occasion and almost all the important members of the party were in attendance which is a clear indication of how the party perceives her future role, concluded the news report. .